ORLANDO, Fla. – Honda Aircraft Co chief executive Michimasa Fujino said on Tuesday he expects deliveries of the HondaJet to rise in 2019 above the estimated 50 aircraft customers will take this year, as the light business plane maker targets Asia for growth.

In 2017, the division of Honda Motor Co <7267.T> delivered 43 of the six-seater light business jets, which competes against planes like Embraer SA’s <EMBR3.SA> popular Phenom 300.

Honda Aircraft has recently introduced a longer-range version of the plane called the HondaJet Elite and announced a new performance package this week to owners who want to upgrade the original HondaJet.

In an interview on the sidelines of the world’s largest business jet show this week in Orlando, Fujino said he was targeting growth in the fledgling Japanese market, which he said did not “know” business jets and had a low market penetration.

He is also eying sales in China, which is currently dominated by larger executive planes and where tight government controls over airspace have hurt growth of the private jet market, analysts say.

Honda Aircraft does not publish order figures. The last time it did so, in 2006, it said it had received orders for well over 100 jets.

“We have a very good, healthy backlog,” said Fujino, without providing a specific number.

Fujino said the company has delivered a total of 92 HondaJets.

According to data from the General Aviation Manufacturers’ Association (GAMA), Honda Aircraft delivered 17 HondaJets during the first half of 2018. 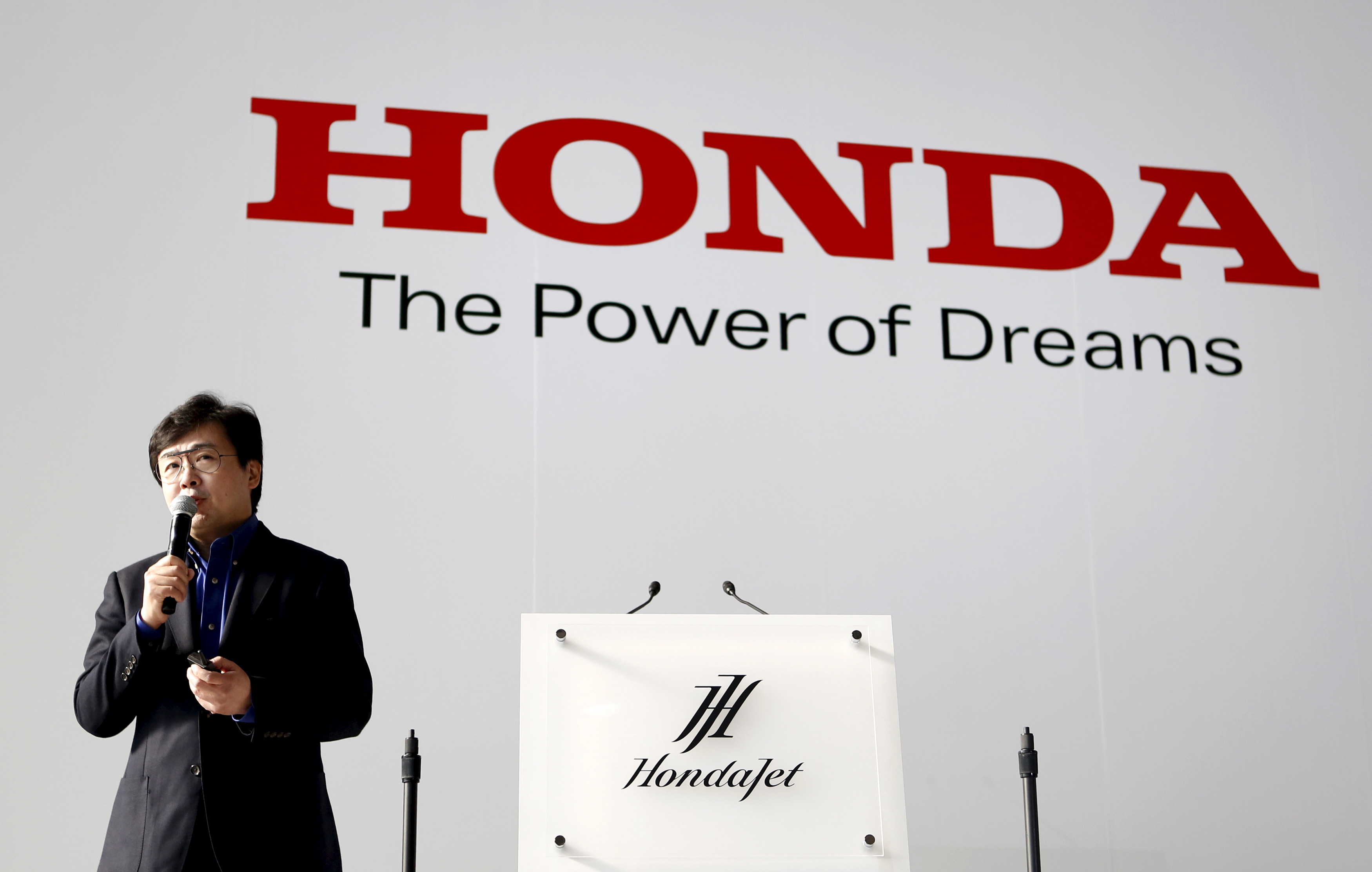