WASHINGTON – U.S. homebuilding dropped more than expected in September as construction activity in the South fell by the most in nearly three years, likely held down by Hurricane Florence.

Other details of the report published by the Commerce Department on Wednesday were also soft. Building permits declined to their lowest level in almost 1-1/2 years and homebuilding completions were the fewest since November 2017.

The housing market, which has been a weak spot in a robust economy, has been hobbled by an acute shortage of properties for sale, higher home prices and rising mortgage rates. Residential investment contracted in the first half of the year and the latest data supports economists’ expectations that housing remained a drag on economic growth in the third quarter.

“The housing market continues to sputter,” said Robert Frick, corporate economist at Navy Federal Credit Union in Vienna, Virginia. “The question is if the low level of starts, permits and completions we’ve seen the last four months is a lull or a slide that won’t be corrected until the next recession.”

Housing starts fell 5.3 percent to a seasonally adjusted annual rate of 1.201 million units last month. Data for August was revised down to show starts rising to a rate of 1.268 million units instead of the previously reported pace of 1.282 million units.

Starts in the South, which accounts for the bulk of homebuilding, tumbled 13.7 percent last month. That was the biggest decline since October 2015. Hurricane Florence slammed North and South Carolina in mid-September and flooding from the storm probably depressed homebuilding last month.

Housing starts also fell 14.0 percent in the Midwest. They surged 29 percent in the Northeast and rose 6.6 percent in the West. Building permits fell 0.6 percent to a rate of 1.241 million units in September. That was the second straight monthly decline and left permits at their lowest level since May 2017.

The dollar <.DXY> rose against a basket of currencies, while U.S. Treasury yields fell marginally.

A separate report on Wednesday from the Mortgage Bankers Association showed applications for loans to purchase a home fell to a 20-month low last week.

While mortgage rates are still low by historical standards, the rise has outpaced annual wage growth, which has been stuck below 3 percent. House prices have increased 6.0 percent on an annual basis and are being driven by the dearth of properties.

“The flattening of housing construction is essentially in place,” said Steven Blitz, chief U.S. economist at TS Lombard in New York. “Wage growth has begun to improve but not enough to give people the necessary income to carry a mortgage – especially for younger families, many still working out from under student loans.”

A survey on Tuesday showed confidence among single-family homebuilders rose in October, but builders said “housing affordability has become a challenge due to ongoing price and interest rate increases.”

Permits to build single-family homes rose 2.9 percent in September to a pace of 851,00 units. They, however, remain below the level of single-family starts, suggesting limited scope for a strong rebound in homebuilding.

With starts and building permits declining last month, housing supply will likely remain tight. That was also reinforced by a 4.1 percent drop in homebuilding completions in September to a rate of 1.161 million units, the lowest level since November 2017.

Realtors estimate that housing starts and completion rates need to be in a range of 1.5 million to 1.6 million units per month to plug the inventory gap. While the stock of housing under construction increased 0.3 percent to more than an 11-year high of 1.129 million units last month, the multi-family homes segment accounted for much of the increase. 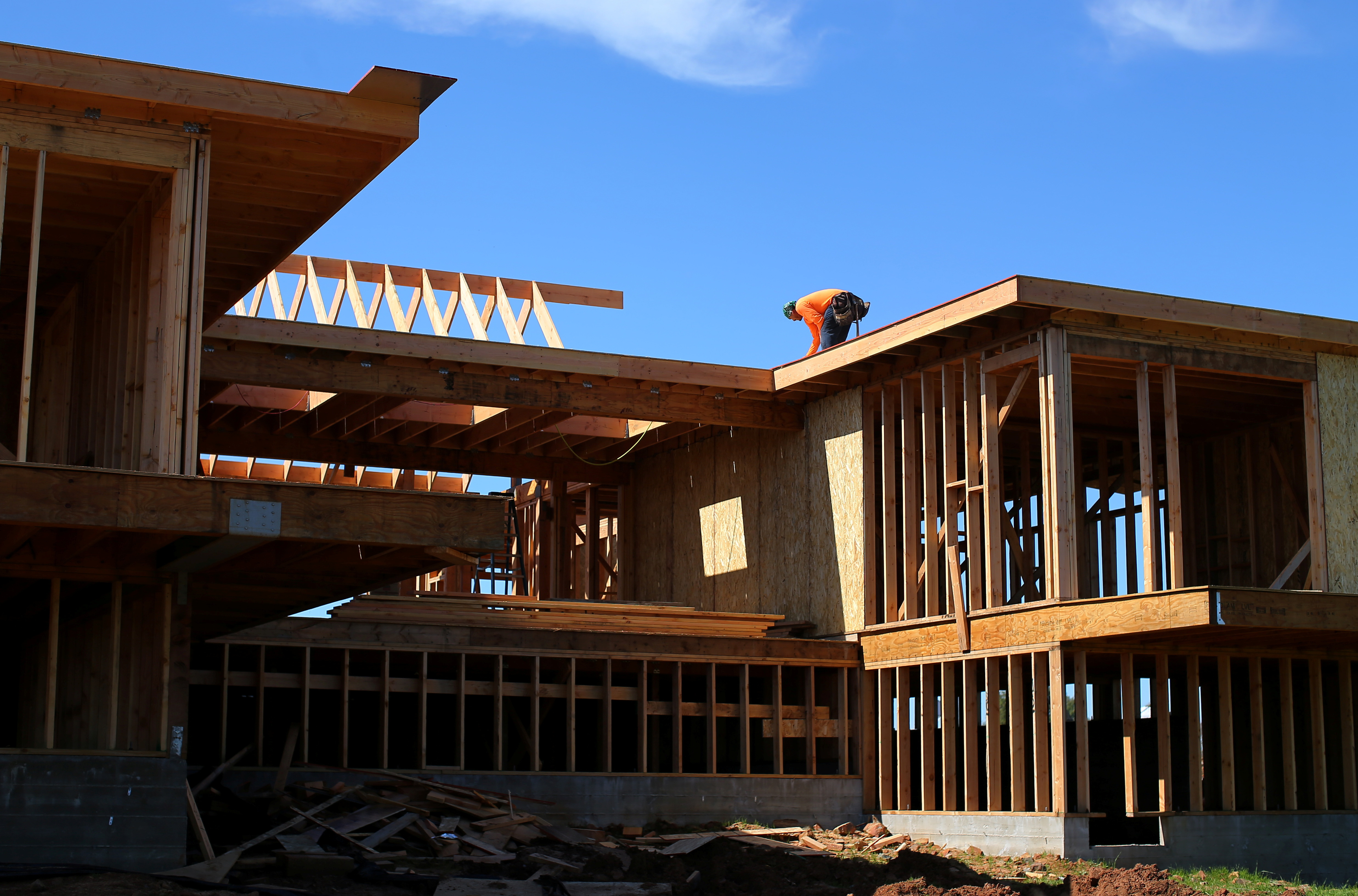