ABOARD JS KAGA – Women serving on Japan’s biggest warship, the Kaga, are a tight-knit group on the frontline of a push to transform the Japanese navy into a mixed-gender fighting force, where men outnumber them more than 10 to one.

The Maritime Self Defence Force (MSDF) needs more women because falling birth rates mean it has too few men to crew warships in home waters or on helicopter carriers such as the Kaga, sailing in foreign waters to counter China’s growing regional influence.

“Women all over the world are working in a wider number of areas and I think Japan needs to be a part of that,” said petty officer Akiko Ihara, 31, standing beside one of the helicopters she helps to maintain.

The proportion of women in the Kaga’s 450-strong crew is about 9 percent, a level Japan is targeting for the military overall by 2030 from 6 percent now. That would still fall short of U.S., where 15 percent of people in uniform are women, and Britain with 10 percent.

“We all work in different teams around the ship but we are all friends,” Ihara added. “We do sometimes moan a little about our male colleagues.”

The nine-year veteran says she has encountered no workplace discrimination, and would challenge any man who thinks women are unsuited for military life to work with her.

More women recruits are making the SDF a more “rounded” organization, said Ayako Yoneda, 29, a firefighter and engineer on the Kaga.

“When I first joined nine years ago there were few women and it felt like men then didn’t know how to deal with us,” she said. “I think the men now see things more from our perspective. The SDF has become a gentler place.”Nonetheless, the women do face sexual harassment. In July, the navy discharged a male petty officer for kissing and groping three women sailors over several months.

Japan’s demographic woes are forcing it down a path taken years earlier by its U.S. ally, which lifted a ban on women on warships in 1993.

The MSDF, which let women crew ships a decade ago, could soon remove the last major barrier to female sailors by ending a ban on submarine duty, defense ministry sources have told Reuters.

Japan has one of the world’s largest navies, with 45,000 crew on more than 100 vessels, including about 20 submarines, more than 40 destroyers and four helicopter carriers, such as the Kaga.

The Kaga was on its way to Sri Lanka after drills in the contested South China Sea as part of a two-month deployment in waters stretching from the Western Pacific to the Indian Ocean.

Commissioned in 2017, it is among a new generation of warships designed to accommodate mixed crews, with more toilets and bathrooms than older vessels.

Signs at the entrance to the women’s segregated sleeping quarters warn men to keep out. The women inside carry electronic pagers that can be contacted via numerical keypads beside the doors.

Japan’s navy struggles more to find recruits than the air force or army, as young people balk at the prospect of being cut off from social media networks on long deployments.

In 2016, for example, the airforce received 6,900 applications, versus just 3,927 for the MSDF, even though both have about the same number of enlisted personnel.

Miku Ihara, 22, a woman cadet on the Kaga, says she reads books or studies when off-duty, but misses access to Line and Instagram. Sailors are limited to sending four text emails every day when at sea.

“You just have to get used to not having it and make the most of it when you do,” she added.

The presence of women on board has had one unexpected benefit on the men that report to him, says Command Master Chief Yasuharu Tohno, the most senior enlisted sailor on board.

“They shave regularly and iron their clothes,” said Tohno, who joined up to an all-male fleet 35 years ago. 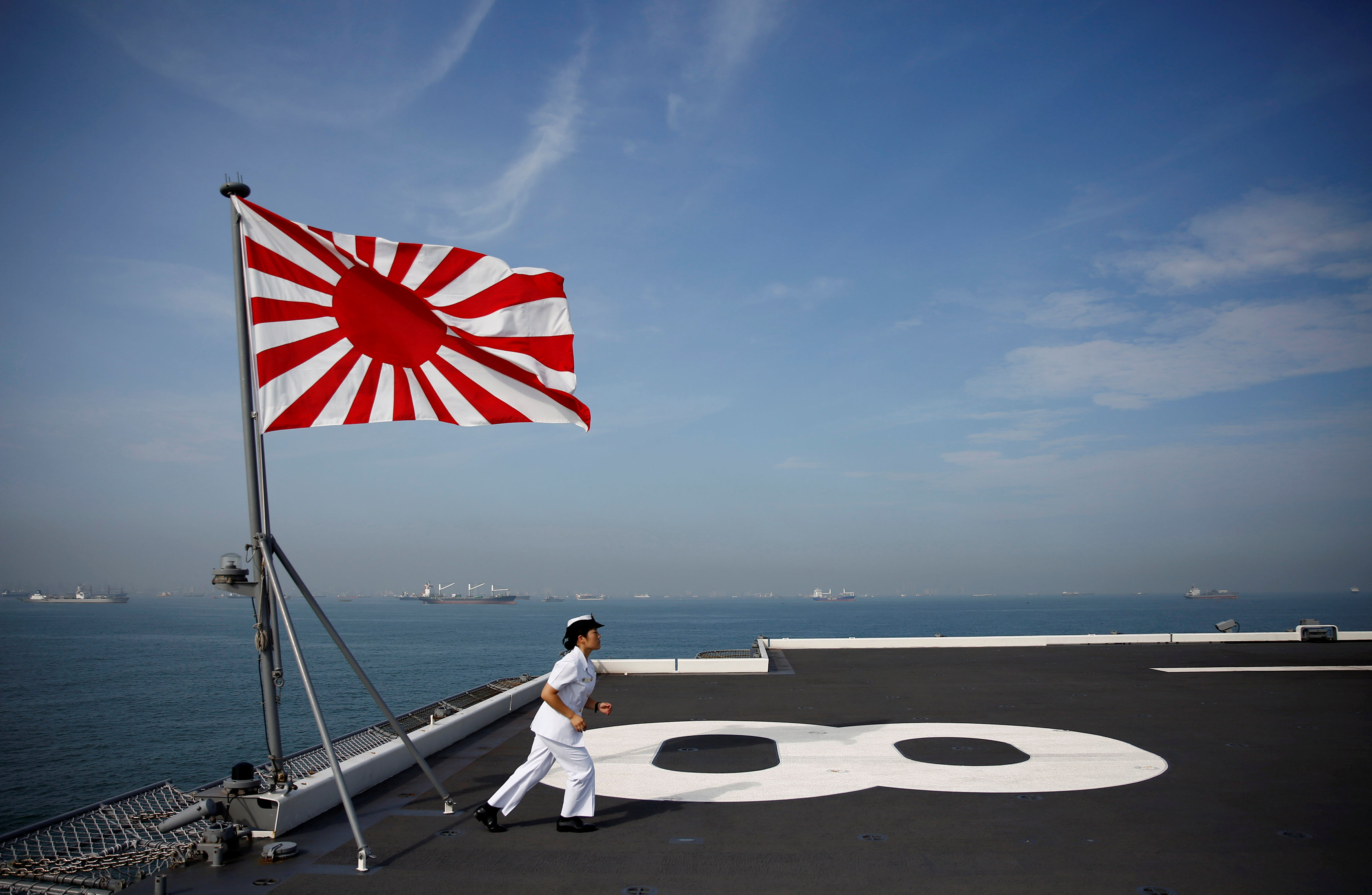