LOS ANGELES – Taylor Swift, straight off her first, controversial public dive into U.S. politics, opened the American Music Awards show on Tuesday aiming to break her own record for most wins.

Dressed in a sparkly black leotard and thigh-high boots, the 28-year-old singer performed “I Did Something Bad” from her 2017 album “reputation,” on a set adorned by a huge mechanical cobra and red smoke.

On Sunday, Swift provoked a fierce debate by breaking her silence on political matters and announcing she would vote for two Democrats in Tennessee in the U.S. congressional midterm elections in November. [nL2N1WP18R]

The country-turned-pop singer, in the midst of a world tour, was among the first to arrive on the American Music Awards red carpet, but had nothing further to add on Tuesday to her political remarks.

Swift, who already has a record three artist-of-the-year wins at the fan-voted American Music Awards, is competing again for the top title on Tuesday against rappers Drake and Post Malone, as well as Britain’s Ed Sheeran and rock band Imagine Dragons

The live show in Los Angeles will also feature performances by Cardi B, Jennifer Lopez, Mariah Carey, Shawn Mendes and a pregnant Carrie Underwood, as well as a tribute led by Gladys Knight to Aretha Franklin, who died of cancer in August at age 76 [nL1N1V70N7].

Some of music’s top stars, including Beyonce, Ariana Grande, Rihanna and Kanye West, were absent from Tuesday’s show. West was snubbed in the nominations while Beyonce, Rihanna and Grande got just one nomination each. 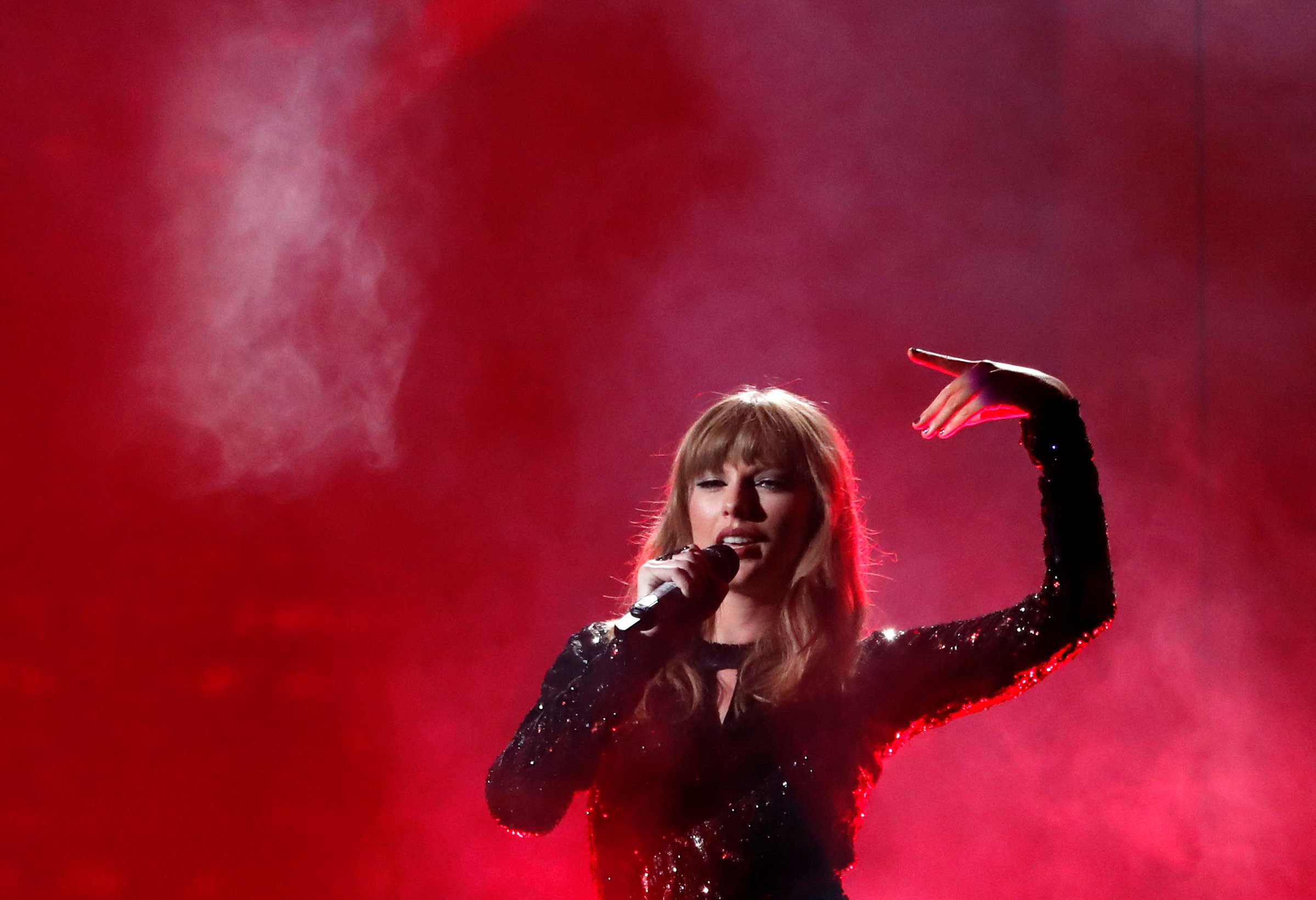