Singer Amy Winehouse to return to the stage as a hologram

Singer Amy Winehouse to return to the stage as a hologram

Fans of late British singer Amy Winehouse, whose untimely death in 2011 at age 27 shook the music world, will be able to see her on concert stages again in the form of a hologram, her father told Reuters.

The show, expected to debut in 2019, will be created by the same company that has produced hologram tours for 1960s crooner Roy Orbison and opera singer Maria Callas. Producers hope to take the concert around the world for three years.

The Winehouse hologram will be projected on stage in front of a live band that will accompany the voice from her original recordings.

Mitch Winehouse said all of the money the family receives from the show will go to The Amy Winehouse Foundation, which was established after her death to help young people suffering with substance abuse and other challenges.

“Fans have been clamoring for something new from Amy, but really there isn’t anything new” in terms of music, Mitch Winehouse said in an interview. “We felt this would be a tremendous way for Amy both to revisit her fans through a hologram, and also an incredible way to raise money for our foundation.”

Seen as one of the most talented singers of her generation, Amy Winehouse died from alcohol poisoning in July 2011 at her London home, at age 27. The singer, known for hits such as “Rehab” and “Back to Black,” had struggled with drinking and drug problems throughout much of her career.

The idea of bringing back deceased stars via hologram gained momentum after a three-dimensional image of rapper Tupac Shakur thrilled the crowd at California’s Coachella Valley Music and Arts Festival in 2012. The practice has stirred debate, with some stars objecting to posthumous digital creations.

The Orbison hologram has played 15 dates in Europe and is currently on a U.S. tour of more than 20 cities. At a recent show in Los Angeles, the audience applauded and sang along to hits including “Pretty Woman.” The hologram thanked the audience after the applause, and turned to nod to the live orchestra.

Mitch Winehouse said he was impressed after seeing the Orbison hologram, though he wanted to make sure the company behind it, BASE Hologram, could capture his daughter’s style. The Orbison reproduction stands in front of a microphone throughout the show, as he typically did when he was alive, while Amy danced and moved around the stage.

The Winehouse family will have final approval over the show.

To create the hologram, BASE will hire an actress to mimic Amy Winehouse’s stage movements and will complete the image with prosthetics and computer-generated imagery, according to BASE Hologram Chief Executive Brian Becker. The technology does allow the projection to move across the stage, he said.

“We will do the best we can in terms of honoring her legacy,” Becker said. “This is a celebration.”

The show will likely last between 75 minutes and 110 minutes, Becker said.

Mitch Winehouse acknowledged it may be difficult for him to watch the hologram, but said he believed his daughter would approve, particularly because it will help her namesake charity. 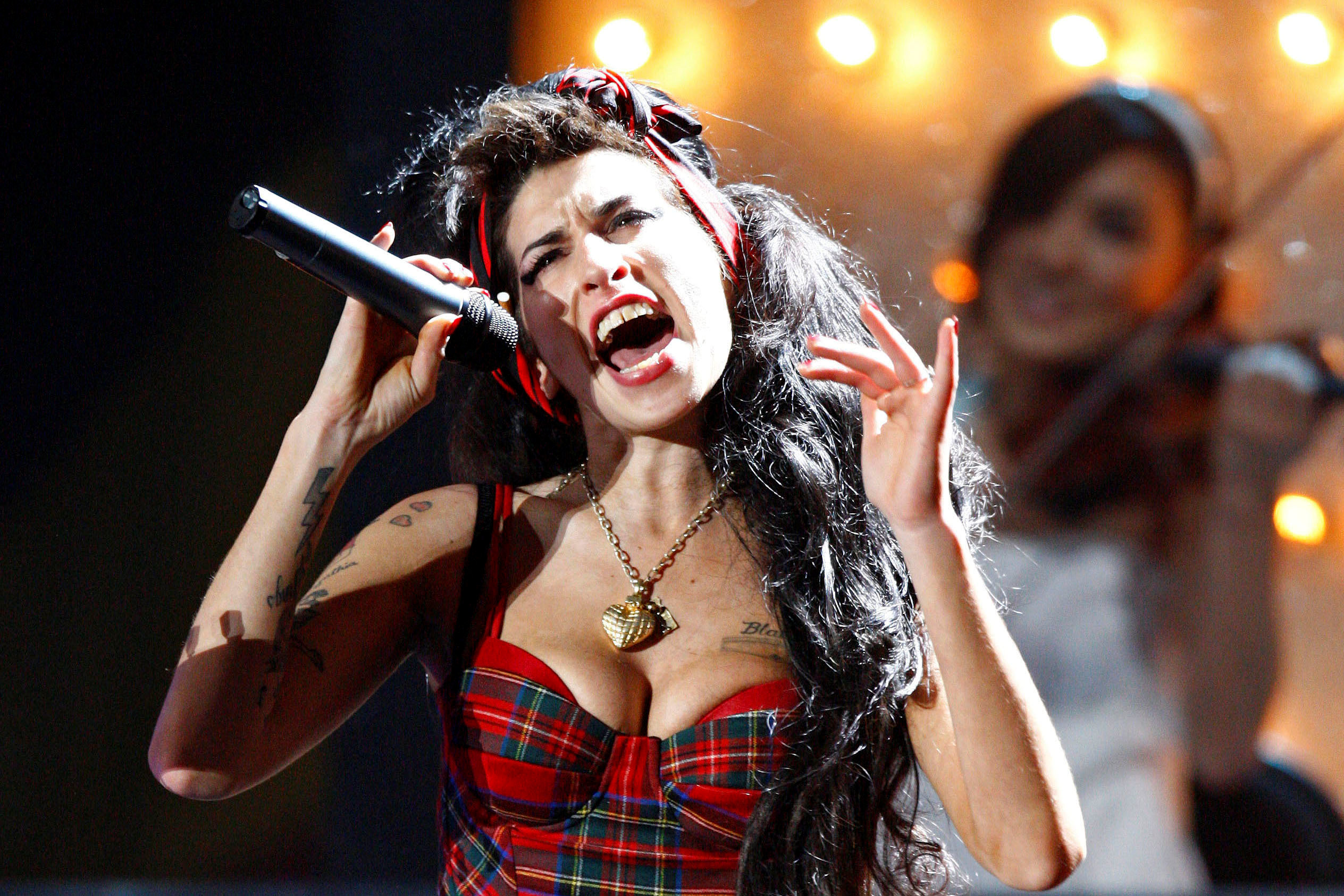