TORONTO/ST JOHN’S, Newfoundland – Canada became the first industrialized nation to legalize recreational cannabis on Wednesday, but a lawful buzz will be hard to come by in its biggest cities like Toronto and Vancouver, where stores are not yet open.

Marijuana enthusiasts in Newfoundland and Labrador, Canada’s easternmost province, kicked off the first permitted sales at midnight. Over 100 people braved the cold and wind in the provincial capital St. John’s, lining up outside a Tweed-branded store owned by Canopy.

“I came out tonight to be the first person in Canada to purchase the first legal gram of recreational cannabis, to help see the end of prohibition in Canada finally,” Power said.

The day was historic for the country as Canadian adults will be able to legally smoke recreational marijuana after nearly a century-long ban.

However, with many provincial governments only approving a small number of shops so far and a shortage of weed supplied to these stores, many Canadians will likely be smoking black-market pot on Wednesday.

“There will be a lot of celebrations on the day, and it will almost all be with illegal cannabis” in some of Canada’s biggest cities, said Brad Poulos, an instructor and cannabis business expert at Ryerson University in Toronto. “Recreational cannabis users in Canada . . . will just continue with their (existing) sources of supply until the legal system catches up.”

Despite the dearth of stores in Canada’s biggest cities, consumers can buy legal marijuana online from provincial governments or licensed retailers, although delivery will take a few days.

Shares of Canadian cannabis companies retreated on Wednesday after rallying in the run-up to legalization. Canopy Growth Corp and Aurora Cannabis, the world’s two biggest cannabis producers, pulled back as much as 8.6 percent and 11.8 percent, respectively, early Wednesday after touching record intraday highs in the previous session. The Horizons Marijuana Life Sciences ETF, which also climbed to a record on Tuesday, slid as much as 8.2 percent.

Countries around the world, many of which are just approving medical marijuana, are watching Canada’s recreational legalization, which combines federal rules with varying provincial regulations.

The move is a political win for Canadian Prime Minister Justin Trudeau, who vowed to legalize cannabis during his 2015 election campaign. The pledge was aimed at taking profits away from organized crime and regulating the production, distribution and consumption of a product that millions of Canadians consume illegally.

“The criminal prohibition that was in effect for a century in this country has failed our kids and our community,” Bill Blair, minister of border security and organized crime reduction, told reporters. The change will bring “order to every aspect of the production, distribution and consumption of cannabis,” he added.

But provinces and businesses have struggled to prepare, and legalization was pushed back from a July start to enable setting up distribution and sales networks.

The federal government and many provinces have been cautious, starting with limited stores and products, including no edible pot for a year, and tight control over supply.

Ontario, home to Canada’s most populous city, Toronto, will have no stores until April 2019 due to a change in the province’s retail model by a new provincial government.

British Columbia, which plans both province-run and private outlets, has only one government store, 350 kilometers (220 miles) from its biggest city, Vancouver. No private store licenses have been issued so far and many municipalities are waiting until after local elections on Oct. 20 to give their approvals for stores, province Minister of Public Safety Mike Farnworth said.

“October 18th is going to look very much like October 16th, in many ways,” Farnworth said.

Even in provinces with more shops, shelves are empty likely because of a shortage of product. A study by the University of Waterloo and the C.D. Howe Institute economic policy think tank found legal supply will satisfy under 60 percent of demand in the early months, though that will change as production increases.

POLICE ‘NOT CHAMPING AT THE BIT’

Separately, Public Safety Minister Ralph Goodale on Wednesday said the government would waive the fee and waiting period when people who have been convicted of possession of up to 30 grams of marijuana apply for pardons, after they’ve served their sentences. The legislation will be introduced by the end of the year, he said.

Law enforcement of those driving under the influence of marijuana could be patchy. In August, Canada approved a device to detect levels of tetrahydrocannabinol (THC), the psychoactive element in cannabis, in a driver’s oral fluids.

But many large police departments will forego the C$5,000 device, Adam Palmer, president of the Canadian Association of Chiefs of Police, told reporters on Monday.

Draeger Safety Canada, which makes the device, has shipped some units, but a two-week federal funding delay has put further orders on hold, although it expects demand for between 300 and 500 units through March, Managing Director Rob Clark said.

Canada has invested C$274 million to enforce new laws and some provinces have allocated their own funding, but Palmer said police will not crack down on illegal stores right away.

“When the law changes on the 17th, we’re not going to see a big change overnight,” Palmer said. “Police aren’t . . . champing at the bit to go out and start raiding stores.” 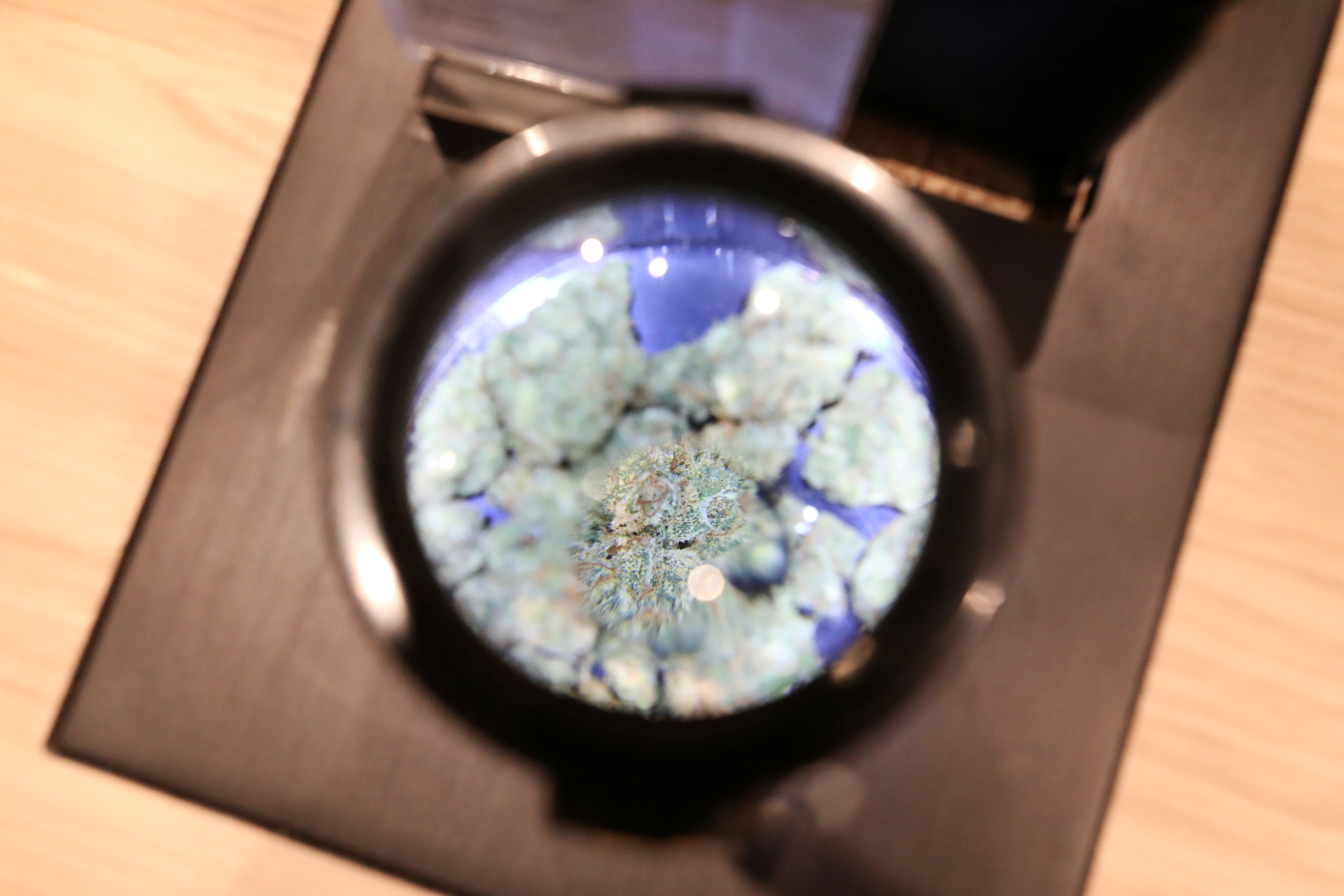 Soccer: A-League to kick off with Bolt question left hanging