Scientists in Chile unveil ‘A Cosmic Titan’ cluster of galaxies

Scientists in Chile unveil ‘A Cosmic Titan’ cluster of galaxies

Astronomers peering billions of light years into space have detected the largest, most extensive collection of galaxies ever registered in the early days of the universe, a “proto-supercluster” they nicknamed Hyperion after a titan from Greek mythology.

Hyperion has a mass 1 million billion times greater than the sun and is so distant that it is viewed from earth as it looked billions of years ago.

“Hyperion is like 5,000 galaxies of the Milky Way”, astronomer Steffen Miefke, the chief of operations for the European Southern Observatory, told Reuters. The ESO operates the Very Large Telescope (VLT) in Chile, which detected Hyperion.

Hyperion is an adolescent in astronomy terms. Its distance from earth means astronomers are viewing it as it was created just over 2 billion years after the Big Bang, which gave rise to the universe about 13.8 billion years ago.

“These are galaxies very far from us, almost at the beginning of the universe, and allow us to understand better how the universe evolved from the Big Bang until the present day,” Miefke said.

“Hyperion is a sixth of the age of the universe. It’s as though we were able to look at the adolescence of an 80-year-old human being.”

The Milky Way galaxy, which hosts our Solar System, is about 13.6 billion years old.

Hyperion was detected using the Visible Multi-Object Spectrograph, which according to its handlers acts as a “time machine in the middle of desert, showing us how the universe looked when it was just a third of its current age.

The spectrograph is hosted by the Chile-based Very Large Telescope. The discovery was made by a team led by Olga Cucciati of the National Institute of Astrophysics in Bologna, Italy.

The telescope sits in the Chilean desert 760 miles north of the capital Santiago.

Brian Lemaux, an astronomer from University of California, Davis, who co-authored the report, said galaxies become denser as gravity had acted on them over billions of years.

Superclusters closer to Earth tend to (appear as) a much more concentrated distribution of mass with clear structural features, said Lemaux. But in Hyperion, the mass is distributed much more uniformly in a series of connected blobs, populated by loose associations of galaxies.

The research, entitled “The progeny of a Cosmic Titan” will feature in the latest issue of the journal Astronomy & Astrophysics. 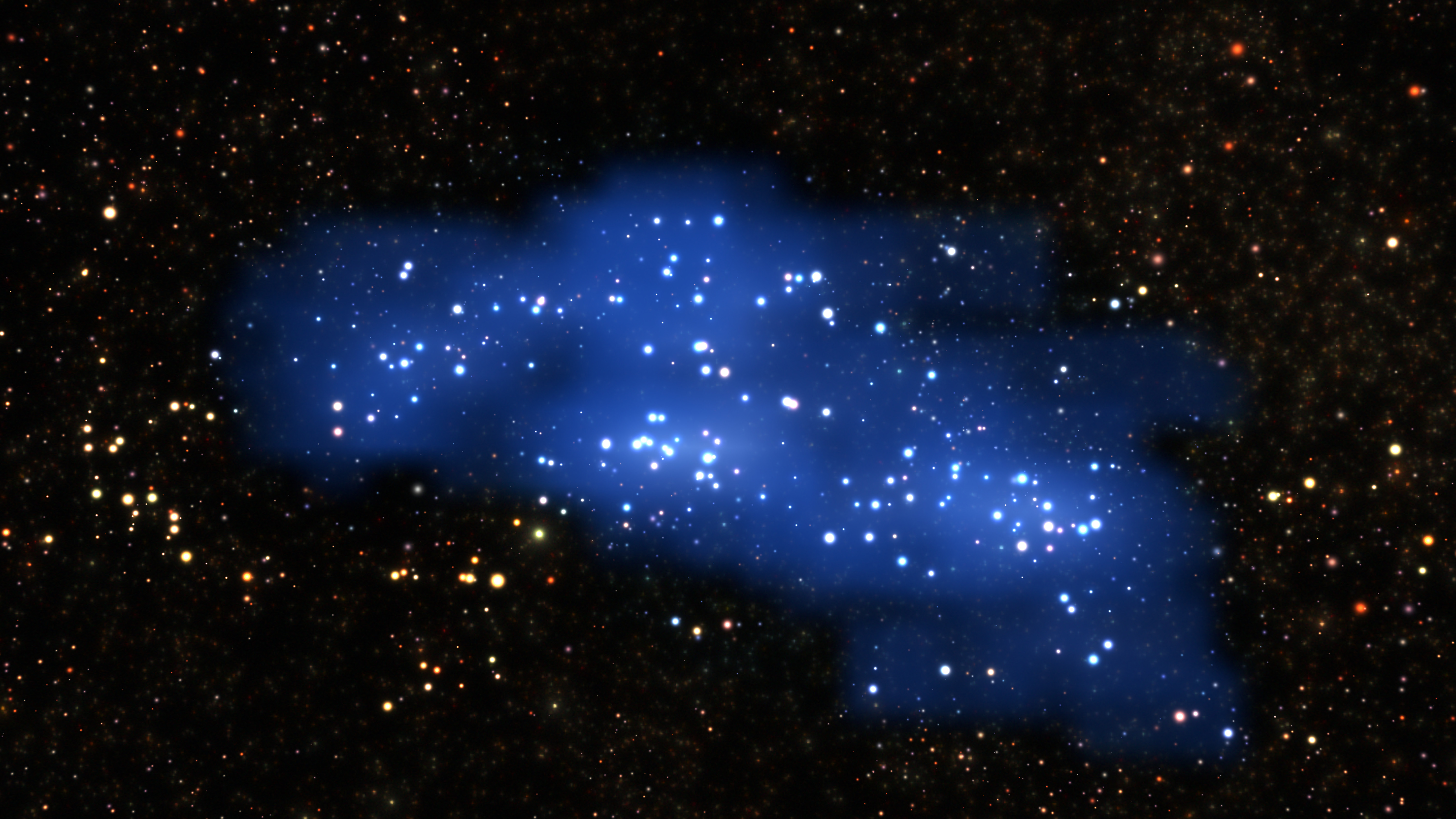