SEOUL – Tens of thousands of South Korean taxi-drivers held a rally on Thursday in Seoul, the capital, saying a carpooling service planned by the operator of the country’s top chat app would threaten their livelihoods and jobs.

It was the latest challenge to ride-sharing services in South Korea, which has one of the world’s highest smartphone penetration rates, with nearly half its population of about 51 million living in the Seoul metropolitan area.

Protesters wearing red headbands chanted slogans, waved flags and held up placards with slogans such as, “Let’s crush the carpooling industry which ignores the taxi industry,” and “Illegal business carpool app out.”

A carpooling service would put his job at risk, said one driver, Lee Sun-joo, who has 30 years of experience but works 12-hour days to earn just 2 million won ($1,762) every month.

“The taxi industry will be long gone at the end,” he added.

On Tuesday, Kakao Mobility, a unit of chat app operator Kakao Corp, started recruiting drivers for its service, after having acquired domestic carpool startup Luxi from Hyundai Motor and other investors in February.

Kakao, which wants to use its dominant position to jumpstart the service matching up drivers with people seeking a ride in the same direction, said it would run the service only during commuting hours to offset a shortage of taxis.

Transport law bans the use of personal vehicles for commercial purposes, but allows carpooling during “commuting hours”.

Kakao, which previously said it planned to launch the service by year-end, on Thursday said the timing had not been decided.

“We will continue discussions with the taxi industry, related organizations and users before the service launch,” it said in a statement.

The taxi drivers’ protest worsens the dilemma of South Korea’s labor-friendly government, grappling with unemployment that hit an eight-year high in August. South Korea had about 270,000 taxi drivers on June 30.

As the economy loses steam, the government has also pledged to promote new industries to cut reliance on big conglomerates, such as Hyundai and Samsung.

“The government is in a bind,” said Ko Tae-bong, research head at Hi Investment & Securities. “If they keep dragging their feet over regulatory changes, South Korea will be left behind the global ride-sharing market.”

In 2015, San Francisco-based Uber had to halt Uber X, a ride-hailing service using private cars in South Korea, in the face of opposition from taxi drivers and a lawsuit. 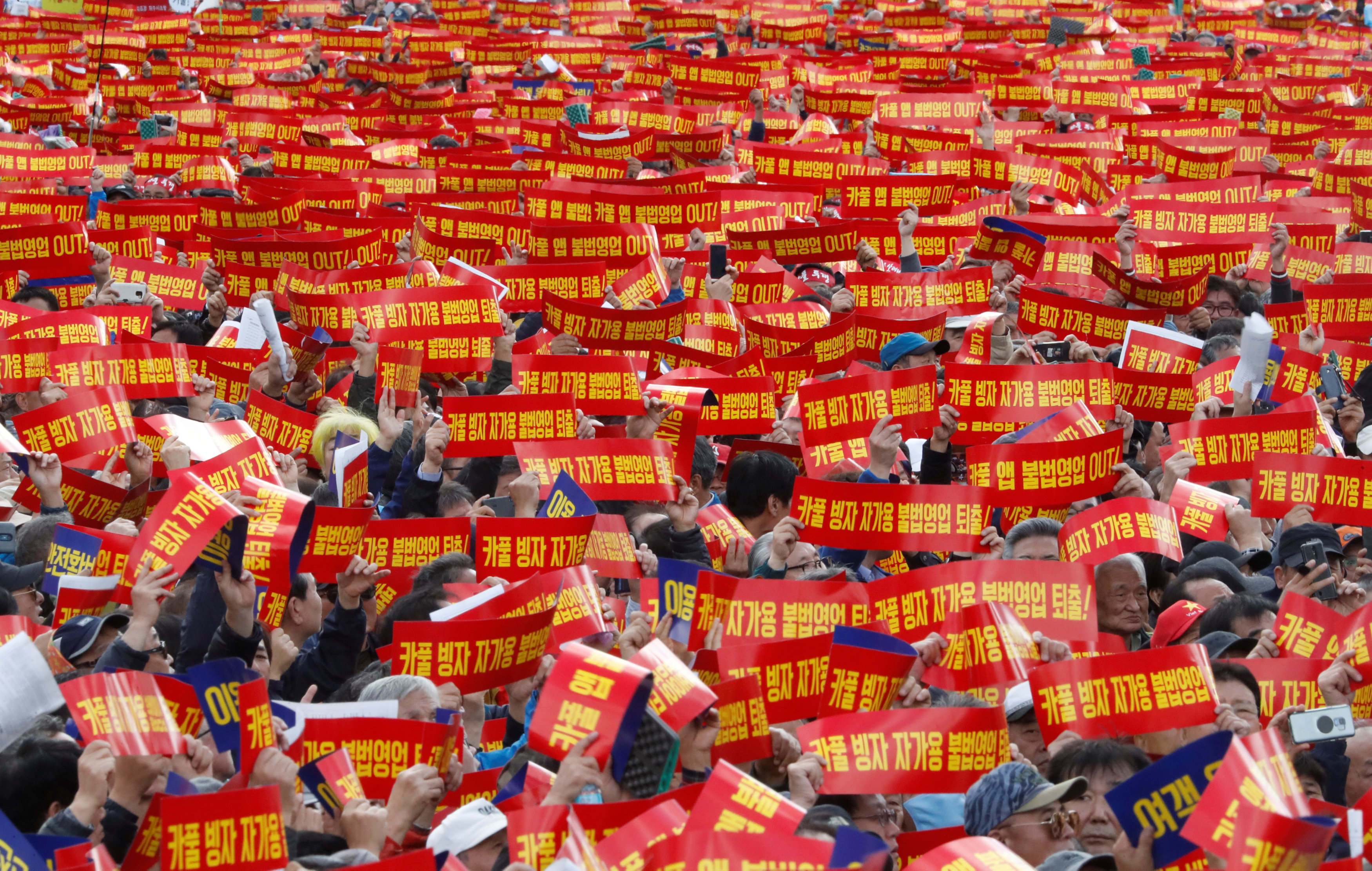