BERLIN – A man who took a woman hostage in Cologne on Monday was a 55-year-old Syrian who was granted asylum in Germany, police said, adding he was in a coma after being shot several times.

He appeared to have been planning to start a fire at a McDonald’s restaurant at the western city’s main train station with a large container of gasoline and gas cartridges. This could have caused a “huge” explosion, Senior Cologne police official Klaus-Stephan Becker told a news conference.

He took the woman hostage minutes later in a nearby pharmacy where she works.

Witness statements suggested the man, who arrived in Germany in March 2015, had links to Islamic State, though no evidence to support that had been found, Becker said.

A search of the man’s home uncovered further supplies of gasoline and Arabic writing on the wall “with Muslim references but not Islamist ones,” he said.

For reasons that are not yet clear, he went from the McDonald’s to the pharmacy, carrying one of the gas cartridges and fire accelerants with him.

An identity document found at the scene of the hostage-taking showed the man had the right of residence in Germany until June 2021, Becker said.

The man lived in refugee accommodation and did not have a job because he could not work, Becker said. Asked if that was due to psychological problems, he said: “That’s what seems to be emerging.”

Cologne deputy police chief Miriam Brauns said the man was shot several times by police though his life was not in danger. 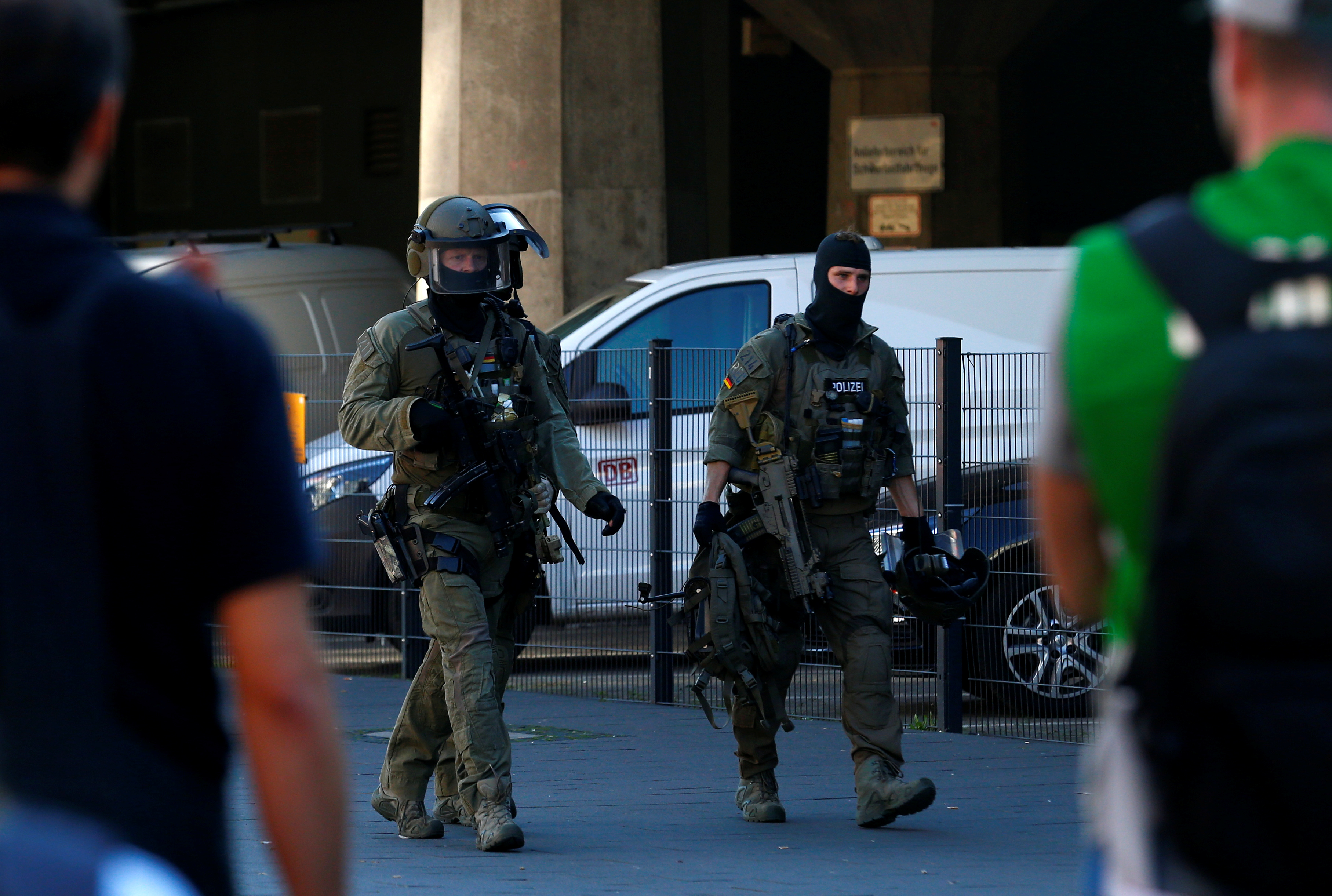