ROME – Italy’s far right Deputy Prime Minister Matteo Salvini branded France an “international disgrace” on Tuesday for having driven two migrants across its border and dumping them in Italy.

Tensions between the neighbors have risen as Rome has accused Paris of hypocrisy by refusing to take in a fair share of the hundreds of thousands of migrants who have reached Italy by boat since 2014.

On Friday, witnesses reported seeing a French police van cross the mountain border at Claviere, near the Italian ski resort of Sestriere, and making two black men get out in a wooded area before driving back the short distance to France.

Italy demanded explanations from France and on Monday French media quoted the head of the Hautes-Alpes region that flanks Italy as acknowledging that its police had crossed the border, calling the incursion “an error”.

Salvini, who serves as interior minister and is also head of the far-right League, dismissed the explanation and demanded to know the identities of the two men, who he said were migrants.

“What happened in Claviere represents an unprecedented offence against our country,” Salvini wrote on Facebook. “We are facing an international disgrace, and (French President Emmanuel) Macron can not pretend nothing has happened.”

Macron has denounced Salvini’s anti-immigrant policies, telling reporters in August that he represented the “main opponent” in Europe to nationalists like Salvini.

In June, a spokesman for Macron’s party said Salvini’s moves to block charity rescue ships from docking in Italy “makes me vomit”.

Salvini wrote on Facebook: “I wonder if international organizations, starting with the United Nations and European Union, do not find it vomit-making to leave people in an isolated area, without any assistance.”

He added, “Paris must inform us IMMEDIATELY the identities of the immigrants left in the woods. Names, surnames, nationalities, dates of birth.”

Alongside his comment was a photo of Macron with a bright, red face and the text: “International shame. Italy won’t accept apologies.”

Many migrants reaching Italy head straight to wealthier nations further north. However, under EU rules they are meant to apply for asylum in Italy and not allowed to move to a third country. France has policed its borders increasingly vigorously, and looks to return to Italy any irregular migrants. 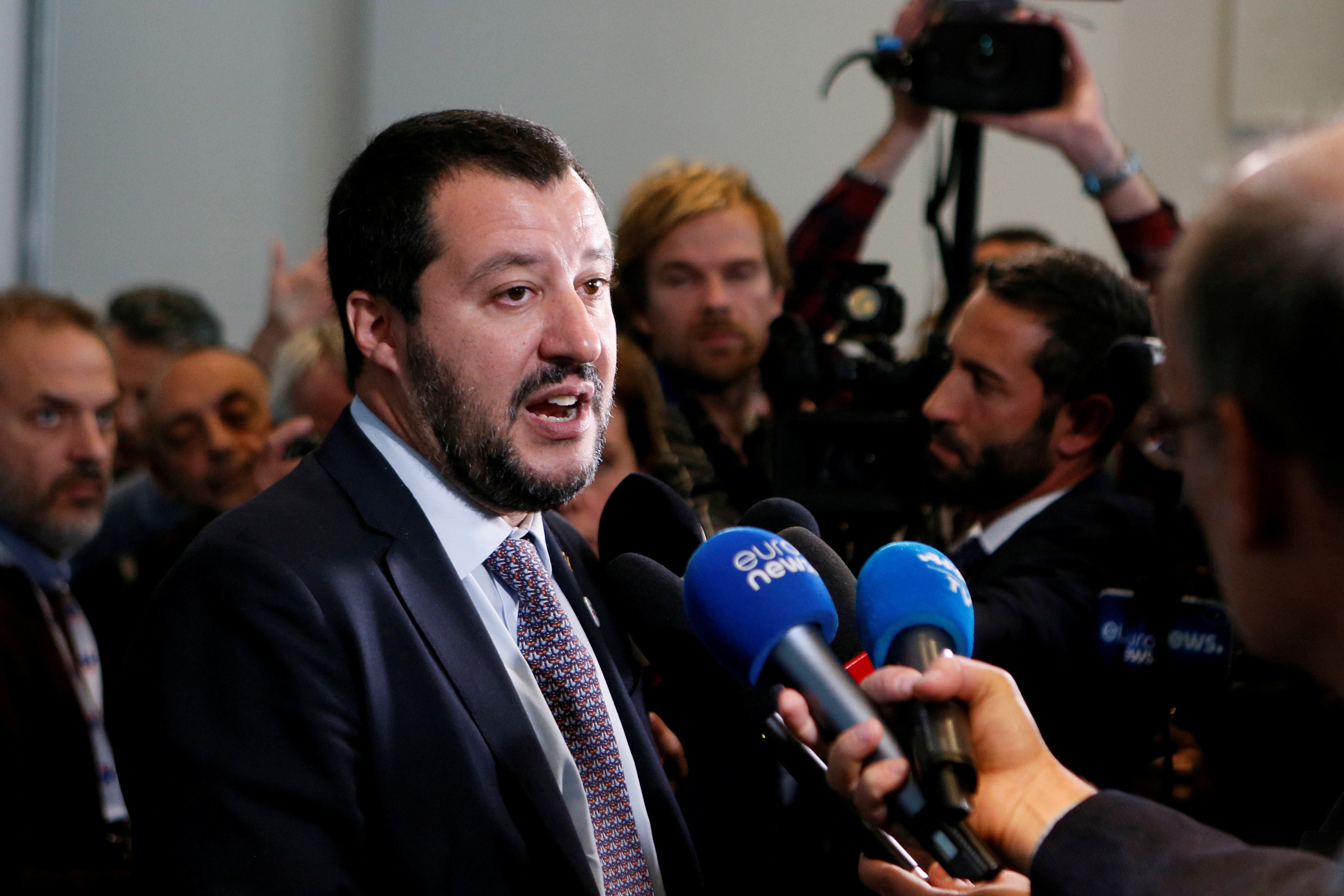