UNITED NATIONS – The chair of a United Nations inquiry that accused Myanmar’s military of genocide is likely to brief the Security Council this month after Britain, France, the United States and six other members requested the meeting, diplomats said on Tuesday.

The move comes as global pressure mounts on Myanmar to act on accountability after a Myanmar military crackdown in the western state of Rakhine last year drove some 700,000 of the largely stateless minority over the border into Bangladesh.

The crackdown followed attacks by Rohingya militants on security posts. Myanmar has denied committing atrocities against the Rohingya, saying its military carried out justifiable actions against militants.

The U.N. inquiry’s report, released in August, called for the U.N. Security Council to impose an arms embargo on Myanmar, impose targeted sanctions and set up an ad hoc tribunal to try suspects or refer them to the International Criminal Court.

Diplomats say council veto powers China and Russia are likely to protect Myanmar from any push for such measures.

However, they cannot block the briefing on the U.N. report because a minimum nine of the 15 council members support the move, which cannot be vetoed. Diplomats say China and Russia believe the report should first be addressed by the U.N. General Assembly’s Third Committee, which deals with human rights.

The letter requesting the briefing was signed by Britain, France, the Netherlands, Sweden, Poland, Peru, Kuwait, Ivory Coast and the United States.

Myanmar’s U.N. Ambassador Hau Do Suan wrote to the Security Council on Tuesday to object to the chair of the inquiry being invited to brief the body, warning that it “will only exacerbate mistrust and polarization among different communities in Rakhine” state, where the military crackdown occurred.

“Putting accountability above all else without regard to other positive developments is a dangerous attempt that will face utter failure,” he wrote.

The U.N. inquiry, established by the Geneva-based U.N. Human Rights Council, said the military carried out mass killings and gang rapes of Rohingya with “genocidal intent.” Myanmar rejected the findings as “one-sided” and said it was a legitimate counterinsurgency operation.

The United States imposed sanctions on four military and police commanders and two army units in August. New sanctions are under consideration for half a dozen other individuals and at least two military-run businesses, U.S. officials have said.

“Unilateral coercive measures without regard to the situation in Myanmar and imposition of politically motivated external pressure will be detrimental to the existing good will and cooperation of the Myanmar Government with the international community,” Myanmar’s U.N. envoy wrote to the Security Council.

Separately, the prosecutor of the International Criminal Court has begun examining allegations of forced deportation of Rohingya to Bangladesh. Myanmar has said it wants to repatriate Rohingya who fled. 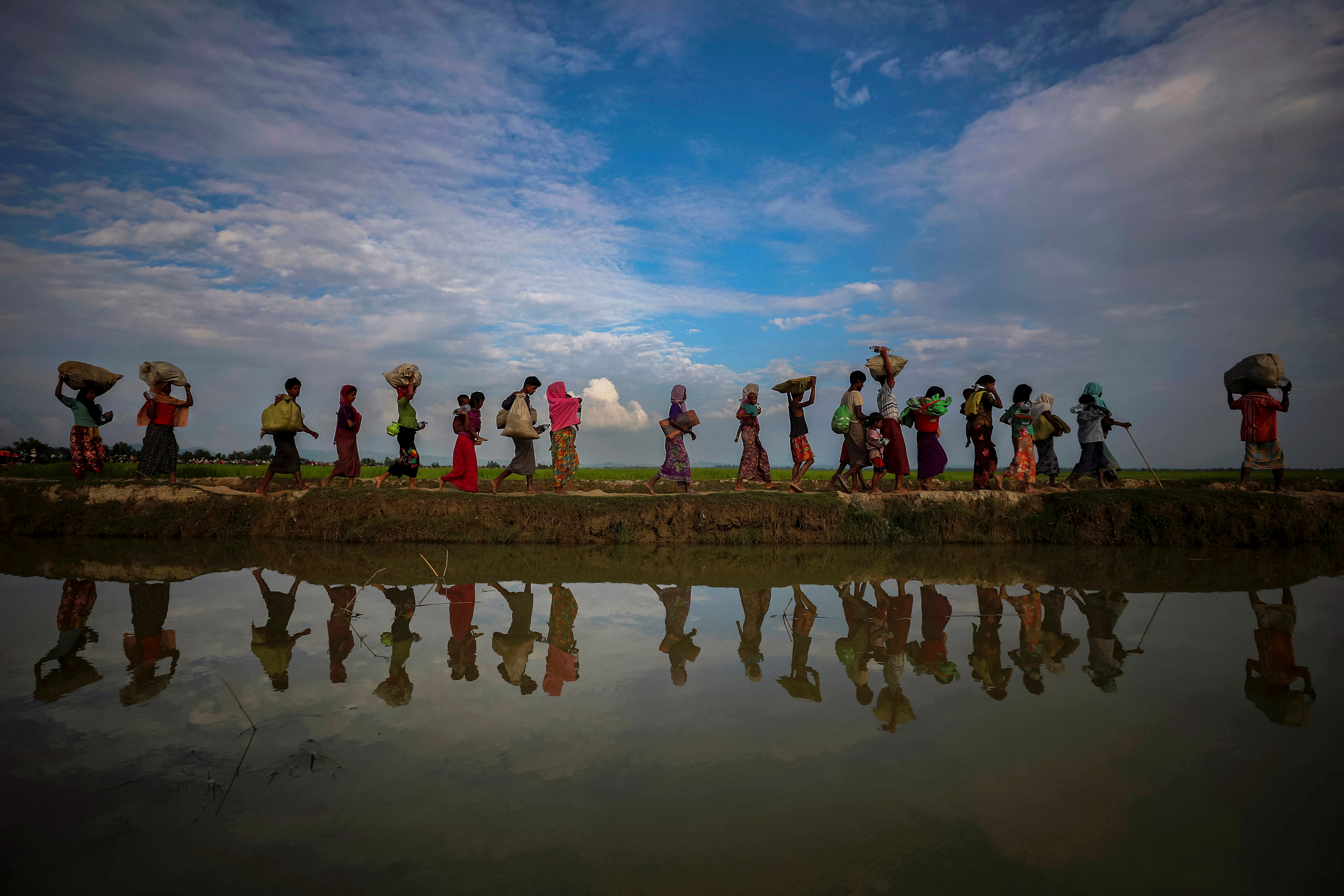