BRUSSELS – British Prime Minister Theresa May will address European Union counterparts in Brussels on Wednesday but there is little hope on either side of a quick breakthrough after Brexit talks stalled at the weekend.

German Chancellor Angela Merkel echoed a hardening tone among the 27 other governments, whose leaders will gather over dinner after a presentation by May to discuss stepping up preparations for Britain dropping out of the EU with no deal in March.

All member states, she said before flying to the summit, must prepare for all outcomes: “That includes the possibility that Britain leaves the European Union without a deal.”

With wrangling over how to keep Northern Ireland’s land border with the EU open after Britain leaves the EU’s customs and regulatory space, Irish Foreign Minister Simon Coveney said it was unlikely the 27 leaders would set a date for a special summit to seal a deal – as was the hope before talks stalled.

Summit chair Donald Tusk called on May to come to Brussels with “creative” new ideas to unblock the process, but British officials have given little indication she has much new to say as she battles deep opposition among her own allies to the kind of agreement which Brussels says is pretty much its final offer.

May told parliament in London she wanted any treaty that includes the Irish border issue linked to a separate declaration the two sides intend to issue on their intentions for a close EU-UK trade pact to be negotiated after Brexit.

EU negotiators agree that a close customs and regulatory relationship could avert the kind of border disruption that could revive sectarian tensions in Northern Ireland, but they still want a “backstop” guarantee that if that is not in place, then the EU would keep the province in a special economic zone.

May and her Northern Irish allies reject that as posing a risk of breaking up the United Kingdom.

EU diplomats told Reuters on Monday that EU negotiator Michel Barnier offered to help defuse the issue by extending a status-quo transition period for Britain by an extra year to the end of 2021 to give time for a trade deal that would avert the need to trigger a backstop for Northern Ireland.

European Parliament President Antonio Tajani, whose chamber needs to see a treaty this year to have time to ratify it by March, told reporters that he would support Barnier’s proposal to lengthen the transition period to three years from two.

Many continental officials involved in the process have long said a longer transition may be needed to conclude a free trade deal anyway. However, May is also under pressure from Brexit supporters to cut ties to the bloc as soon as possible.

May is due to address her peers at 7 p.m. (1700 GMT). There is unlikely to be much dialogue around the table, with EU leaders insisting London negotiate exclusively through Barnier.

The 27 will move to a dinner without May to hear reports from Barnier and from European Commission President Jean-Claude Juncker. He will brief them on how the EU executive is stepping up planning and guidance for governments on what must be done to cope with Britain leaving on March 29 with no treaty in place.

Both sides are coming under pressure from business to reach agreement soon to avoid firms running up needless costs.

A joint pre-summit plea from the European auto and car parts sector warned disruption to cross-Channel supply chains would be “catastrophic” and wipe out much of a quarter-century of recovery in England’s car industry.

May will rejoin her counterparts for a regular EU summit on Thursday, to be followed in the evening and on Friday by a summit with Asian leaders, including China’s Premier Li Keqiang and the prime ministers of Japan, South Korea and Russia. 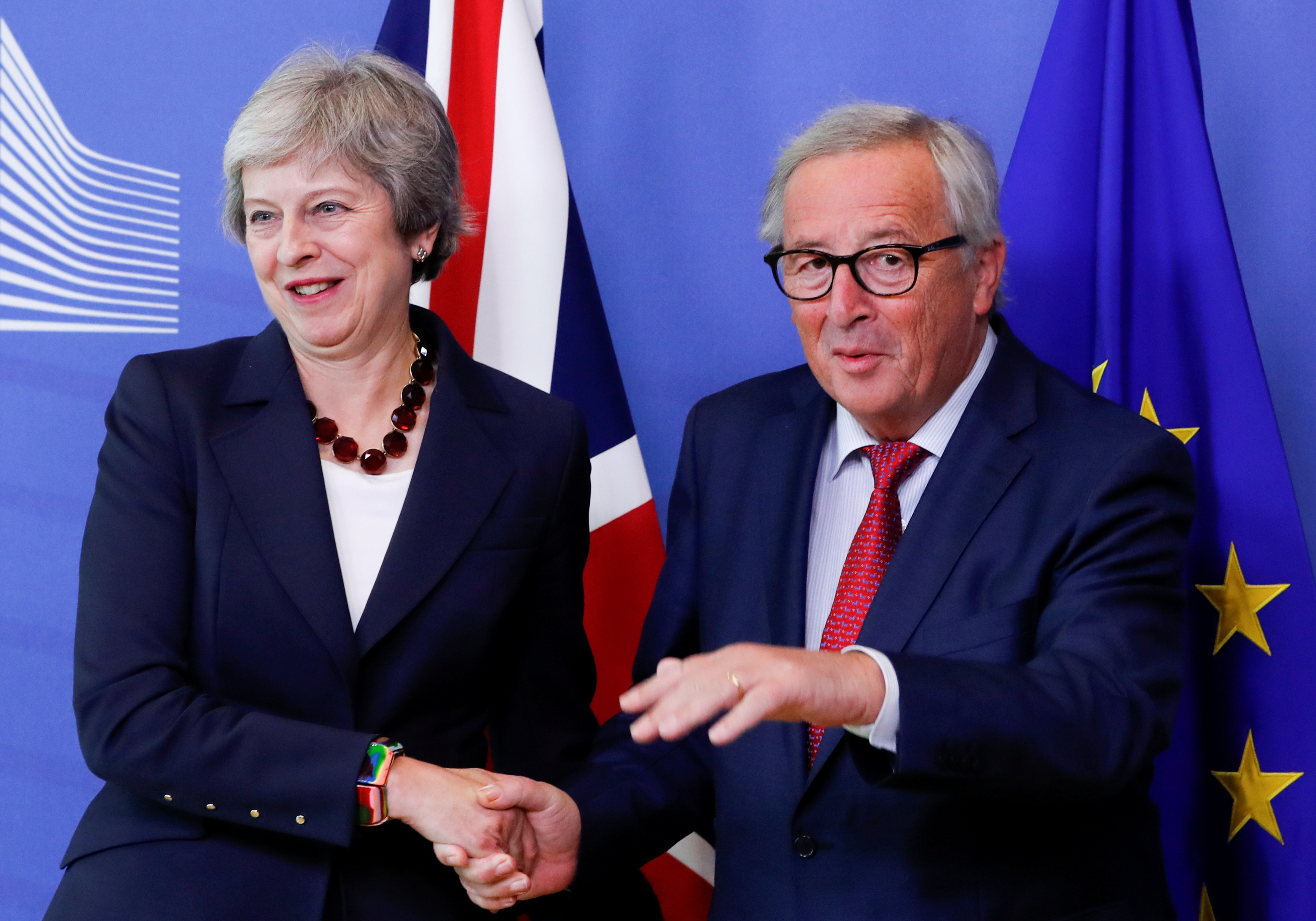