A meeting with Wei now appears set to take place on the sidelines of a gathering of Asian defense ministers in Singapore.

Randall Schriver, a U.S. assistant secretary of defense who helps guide Pentagon policy in Asia, said making military-to-military ties with China less brittle would be crucial to helping reduce the chances of a devastating conflict.

“Two nuclear-armed powers with regional, if not global, interests – we need to make sure that when we step on one another’s toes, it doesn’t escalate into something that would be catastrophic,” Schriver told reporters traveling with Mattis.

Schriver said he believed that sentiment was shared by China’s military, noting that it recently requested Thursday’s talks in Singapore after Beijing decided against a planned Mattis-Wei meeting in China.

“I think the fact that he’s meeting with Minister Wei is some evidence that the Chinese are interested in keeping things normal and stable, as are we,” said Schriver, assistant secretary of defense for Asian and Pacific security affairs.

He said Wei had a standing invitation to visit the United States.

Military-to-military ties have long been one of the more fragile parts of the overall U.S.-China relationship, with Beijing limiting contacts when tensions run high. That has been a source of major concern for years among U.S. officials, who fear an accidental collision or mishap could quickly escalate.

“What we want in terms of stability are regular interactions at senior levels so we have a good understanding of one another’s intentions, that we have confidence-building measures that will help us prevent an unintended accident or incident,” Schriver said.

“And, should one occur, that we have the ability to manage that so it doesn’t worsen.”

China has been infuriated by the United States putting sanctions on China’s military for buying weapons from Russia, and by what Beijing sees as stepped-up U.S. support for self-ruled Taiwan, claimed by China as its sacred territory.

In a recent reminder of the risks amid rising tensions, the Pentagon this month accused China of an unsafe and unprofessional maneuver in the South China Sea that brought a Chinese ship dangerously close to a U.S. Navy destroyer in international waters.

Mattis, speaking to reporters as he flew to Asia this week, rejected Chinese claims that the United States was acting aggressively and pointed the finger at Beijing.

“When the Chinese ships are putting bumpers over the side …You don’t do that when you’re out in the middle of the ocean, unless you’re intending to run into something,” Mattis said.

But tensions between the United States and China have already extended well beyond naval maneuvers and even the bitter trade war.

U.S. Vice President Mike Pence, in what was billed as a major policy address, renewed that and other accusations this month and added that Chinese security agencies had masterminded the “wholesale theft of American technology,” including military blueprints.

The Pentagon’s top concerns have been China’s rapid military modernization and simultaneous creation of military outposts in the South China Sea, a strategic waterway vital for international trade. The Pentagon un-invited China to a multinational exercise earlier this year in protest.

Mattis, Schriver said, will renew to Wei U.S. positions on freedom of navigation in international waters, amid Chinese claims of “irrefutable” sovereignty in the South China Sea. 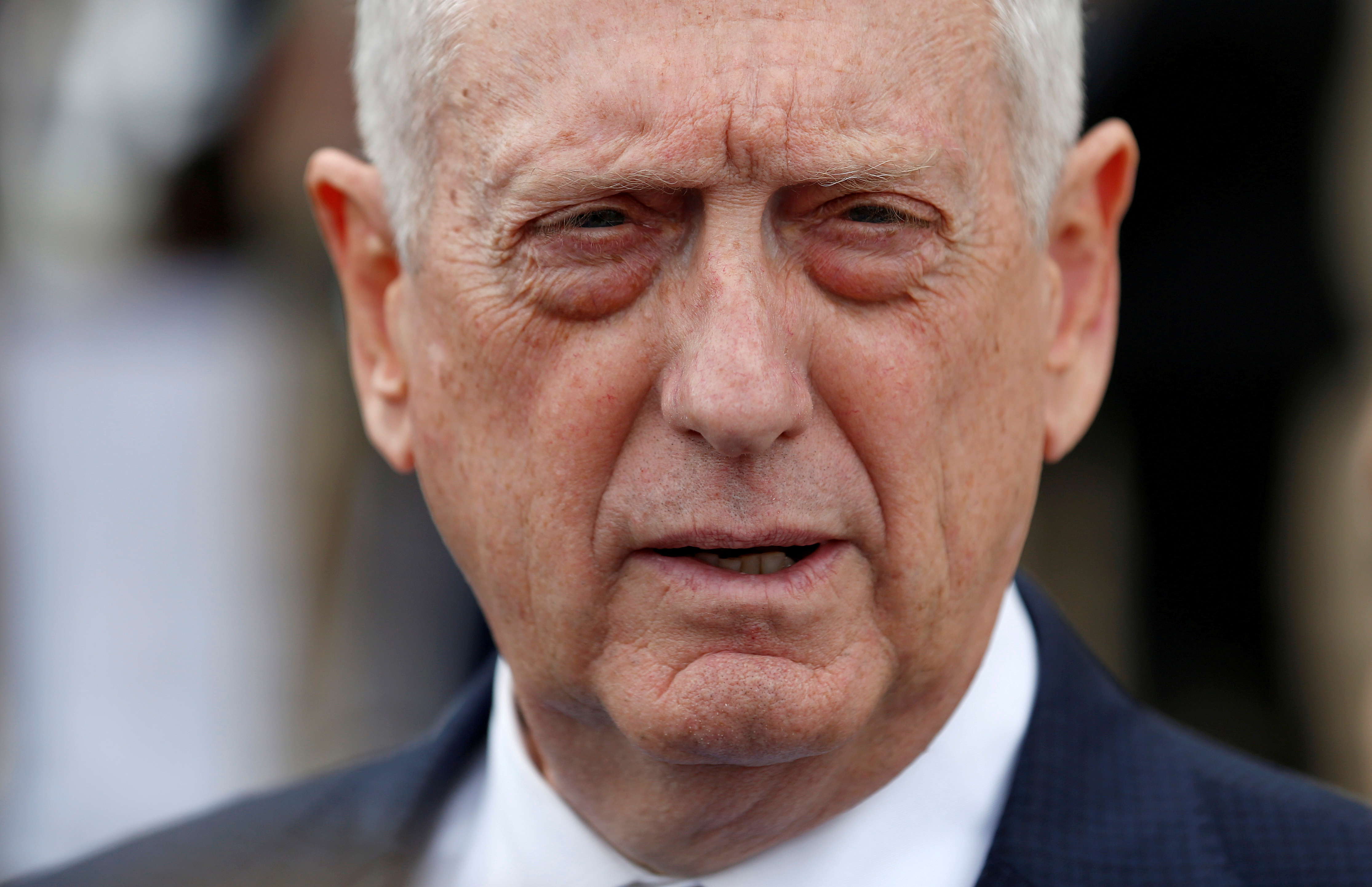