In a forecast of 2019 policy goals tempered by uncertainty about who would win the congressional elections, McConnell blamed social programs, such as Social Security and Medicare, for the fast-rising national debt.

On Nov. 6, Americans will vote for candidates for the Senate and the House of Representatives.

McConnell’s Republicans now hold majority control of both chambers. Democrats will try to wrest control in races for all 435 House seats and one-third of the 100 Senate seats.

Despite their dominance of Congress and the White House, Republicans failed last year to overturn former President Barack Obama’s signature healthcare law, known as Obamacare. McConnell called it “the one disappointment of this Congress from a Republican point of view.”

He said, “If we had the votes to completely start over, we’d do it. But that depends on what happens in a couple weeks … We’re not satisfied with the way Obamacare is working.”

McConnell’s comments drew a sharp reaction from Senate Democratic leader Chuck Schumer and other Democrats, who have sought to portray the Republican healthcare effort as an attack on the middle class.

“If Republicans retain the Senate they will do everything they can to take away families’ health care and raise their costs,” Schumer said in a statement. “Americans should take Senator McConnell at his word.”

President Donald Trump favors ending Obamacare, which Republicans criticized as a costly and unneeded intrusion on Americans’ healthcare. About 20 million Americans have received health insurance coverage through the program, a landmark legislative achievement for Obama and Democrats.

On social programs, McConnell said in an interview with Reuters, “Entitlements are the long-term drivers of the debt.”

Social programs that help the poor, the aged, the unemployed, veterans and the disabled are often referred to as “entitlements” in Washington. These also include Medicaid.

“We all know that there will be no solution to that, short of some kind of bipartisan grand bargain that makes the very, very popular entitlement programs be in a position to be sustained. That hasn’t happened since the ’80s,” McConnell said.

“But at some point we will have to sit down on a bipartisan basis and address the long-term drivers of the debt.”

Trump’s top budget official, Mick Mulvaney, said in an interview with Fox News Channel that what had the big impact in pushing up the deficit this year was discretionary spending, including hurricane relief.

“Social Security and Medicare are a challenge to the deficit several years out. Right now, they’re actually not what’s driving the deficit this year,” Mulvaney, director of the Office of Management and Budget, said.

The Treasury Department this week reported a 2018 budget deficit of $779 billion, the highest since 2012.

The report cited higher military spending as a reason for the increase and showed government revenues were flat after deep tax cuts pushed through late last year by Republicans, despite a growing economy and rising spending levels.

McConnell said Republicans would take a hard look at funding for discretionary domestic programs next year, saying he reluctantly agreed to increased discretionary spending this year to get Democrats to accept more military spending.

“We had to negotiate with the Democrats and spend more on the domestic side than I would have preferred,” McConnell said.

“We’ll have to sit down again and decide what we’re going to do with our annual discretionary spending after the first of the year and see what kind of agreements we can reach.”

Trump on Wednesday asked his cabinet for proposals to cut their budgets by five percent. 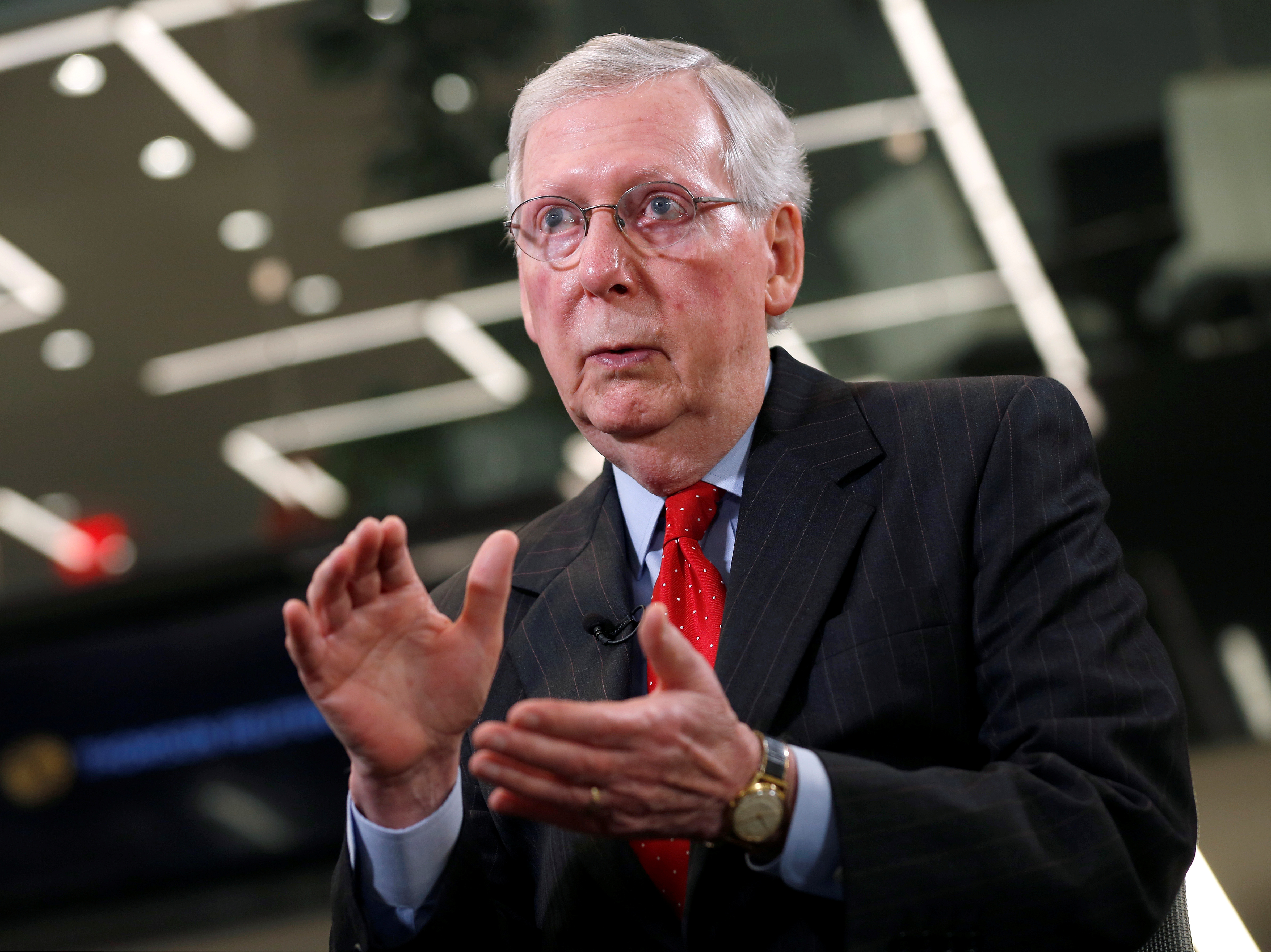