SIEDLCE, Poland – As Poland prepares to mark the centenary of its independence this November, thousands of Poles are training in all weathers for a part-time force meant to help defend the eastern European state from invasion.

More than 12,000 volunteers have joined the Territorial Defence Forces (WOT), as well as more than 2,000 professional soldiers. The government expects to add 10,000 recruits annually, to reach a total of more than 50,000 by the end of 2021. This year alone, the defence ministry plans to spend 568 million zloty ($153 million) on WOT, nearly as much as on the navy.

The Territorial Defence Forces forces are modeled on America’s National Guard, and are prepared to die for their country: In its mission statement, the formation says the biggest benefit for the nation and for recruits will be its “contribution to national security and the strengthening of patriotic values through the practical dimension of sacrifice for Poland.”

“A guerrilla force is always difficult to fight against,” he told Reuters. “If there was fighting in Poland, there would be problems with supply lines, subversive activity. That’s always difficult for the opposing military.”

Most Poles perceive their main threat to be from Russia, which has built up significant conventional forces along its western borders after annexing the Crimea peninsula from Ukraine in 2014. Opinion polls show that since then, nearly half the people in Poland feel their country’s independence may be under threat.

The WOT formation’s creators also hope it will have clear resonance with a Home Army that fought against occupation in World War Two, and with later resistance fighters against Communism.

Monika Pawlik, a 24-year-old town clerk and young mother, was one of four women at a training session last winter. “I wanted to try something new, and above all I wanted to have this sense of security,” she said. Now she feels confident about handling weapons: “I know what to do with them, I know how to aim.”

Poles are not the only people in the region who are anxious about Moscow. Baltic states Estonia, Latvia and Lithuania – all bordering Russia – have sharply raised their defence budgets in recent years. They are among the few NATO allies that meet, or are close to meeting, the alliance’s target of spending 2 percent of economic output on the military.

Finland, not a NATO member but also a European nation bordering Russia, plans to boost its army with 50,000 troops to 280,000. As of this year, it is spending additional 55 million euros ($64 million) a year to improve the army’s combat capabilities, including army reservists.

Poland’s military planners launched WOT in 2017, just over a year after the nationalist Law and Justice (PiS) party came to power in October 2015. Its creator, Antoni Macierewicz, who was defence minister at the time, argued the formation was needed because of a growing threat from Russia and as a way to bolster patriotism among young people.

Macierewicz said Poland took its operational example from the United States, where the National Guard reserve military force is made up mostly of civilians with part-time military duties. “We have consulted repeatedly with Guard officers,” Macierewicz told public broadcaster TVP Info in 2016.

So far, Poland’s WOT force has only participated in one major effort: a search through forests in parts of Poland for animals that died because of African swine fever. It’s a highly contagious disease that affects pigs and wild boar and has been spreading in eastern Europe in recent years.

Young people who join are expected to spend at least four months in training over three years, including 16 days in basic training in battlefield readiness, marksmanship, topography and first aid. Any holiday trips need to be cleared with a local unit commander. In return, recruits receive a 300 zloty ($80) monthly stipend as well as education and training allowances.

Marcin Wierzbicki, a 44-year-old manager in an energy company, says that by joining WOT he is following in the family tradition set by his grandfathers of defending Poland. He does not expect to take part in battles, but to support the operative army, guard key assets, control road points and so on.

“Poland will be safer now and in the future,” he said.

For the photo essay, see https://reut.rs/2EvF7KJ 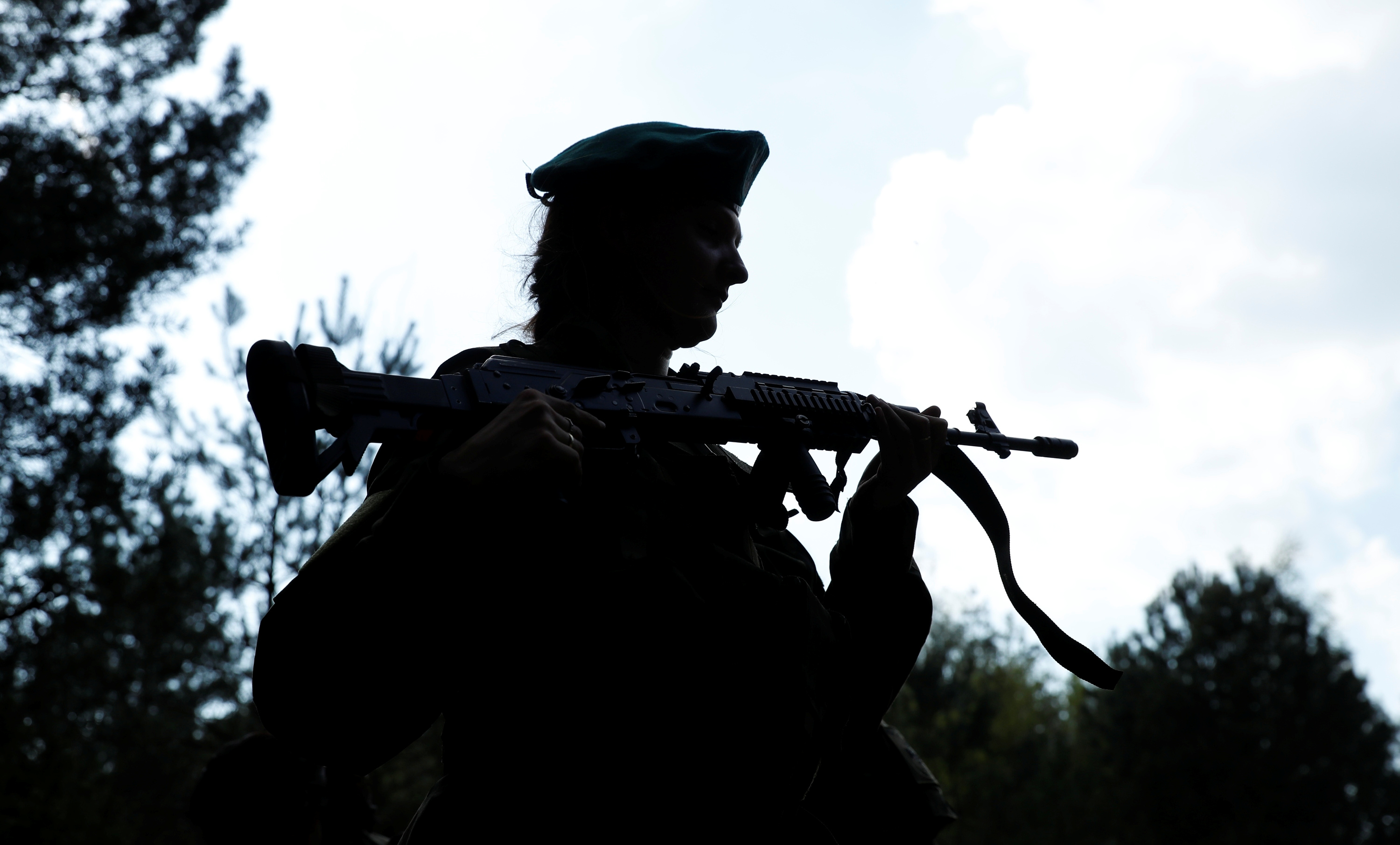