BRUSSELS – Italy’s prime minister on Thursday denied any division between the two parties in his governing coalition, after reports of a spat over tax revenues, and insisted Rome will move ahead with planned expansionary budgetary measures.

His remarks came as European Union leaders raised concerns about Rome’s extravagant budgetary plans that could further increase Italy’s public debt ratio, which at 133 percent of gross domestic product is the highest in the EU after Greece.

In what could be a further source of concern, Deputy Prime Minister Luigi Di Maio, leader of the 5-Star party, said on Wednesday a legislative text on a partial tax amnesty had been “manipulated” before its final approval.

The anti-establishment 5-Star has always opposed amnesties – a frequently used policy in Italy where people or companies can avoid being pursued for tax dodging by paying a fee. Its coalition partner, the far-right League, favours amnesties, which bring money into the treasury and are popular with voters.

Di Maio did not clarify who could have amended the document.

Asked by reporters about a possible coalition rift, Prime Minister Giuseppe Conte – who is not from any political party – replied: “There is no division”.

Arriving at the EU summit in Brussels, Conte acknowledged that budget plans to boost welfare spending, cut the retirement age and hike the deficit were unlikely to please the European Commission, which polices euro zone states’ fiscal policies.

The Commission says the budget is likely to breach EU fiscal rules and increase debt.

“I’m aware this is not the budget the Commission expected. I expect critical observations. We will discuss and we will reply to these considerations,” Conte told reporters.

On Wednesday Conte said he saw no room for changing tack and on Thursday described the budget as “beautiful”.

At the summit, Austrian Chancellor Sebastian Kurz said fiscal rules should be respected by all, adding: “Too much debt is dangerous.”

German Chancellor Angela Merkel, at a meeting with Conte on Wednesday, called for “positive dialogue” between Italy and the EU on the budget.

Dutch Prime Minister Mark Rutte said on Twitter he had expressed concerns over Italy’s budget plans in a meeting with Conte on Thursday. He added that the Commission had Netherlands’ full support in making sure EU fiscal rules are respected.

In its review of Rome’s budgetary plans, the EU Commission can raise concerns until Monday. It could then decide to send the budget back for changes by Oct. 29, in what would be an unprecedented move that is likely to cause further market turmoil.

Yields on Italian benchmark 10-year bonds spiked after elections in March [IT527480=]. 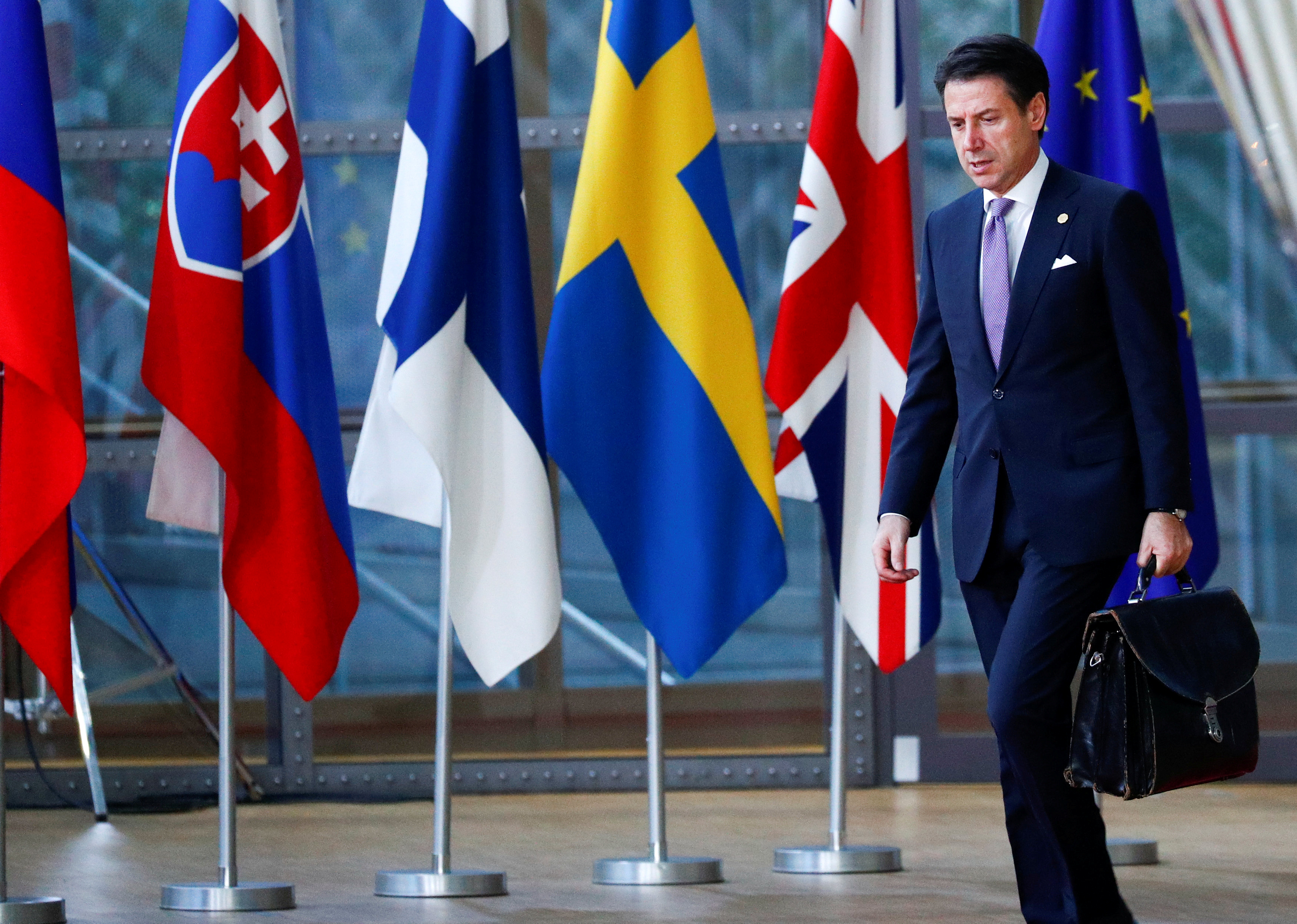