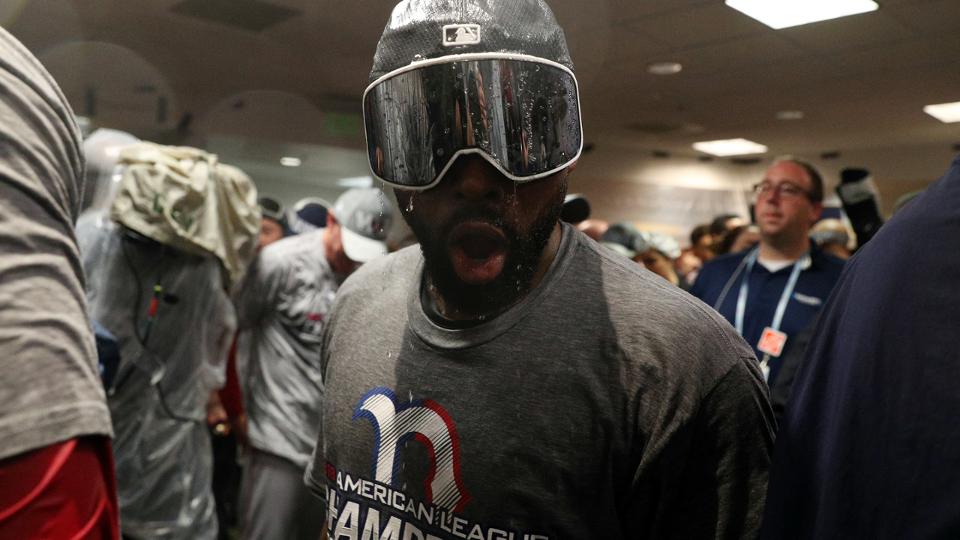 HOUSTON — Jackie Bradley Jr. finally stopped tormenting the Astros when he went hitless in Game 5 of the American League Championship Series. But the damage had already been done, and Houston won’t be able to repeat as World Series champions due in large part to Bradley.

Shortly after the Red Sox celebrated the AL pennant with a 4-1 victory, Bradley was given the Most Valuable Player Award for the series.

It was an unlikely yet sweet feat for a player who has always been known more for his glove in center field than his bat. And though Bradley had just three hits in the five games against the Astros, they added up to nine RBIs.

Bradley’s bases-clearing double gave Boston a lead it never relinquished in Game 2. He then recorded a grand slam off Houston closer Roberto Osuna in Game 3. And in Game 4, the wildest contest of the series, it was Bradley’s two-run homer in the sixth inning that gave the Red Sox the lead for good.

If Bradley had a hard time reflecting on the trophy he collected, his teammates had no problem saluting their center fielder.

“There’s nobody on this team that I can think of in baseball that deserves it more than Jackie,” said David Price, who threw six scoreless innings in the clinching victory. “One, the player that he is. And two, more importantly, the person that he is. He continues to work. He continues to grind.”

Through his first 124 at-bats of the regular season, the notoriously streaky Bradley was hitting .161 with two homers and nine RBIs. His OPS was .502. But manager Alex Cora stuck by him. And from July 1 through Game 5 of the ALCS, Bradley slashed .269/.340/.479 with seven homers and 36 RBIs, all the while playing tremendous defense.

“Awesome,” Boston left fielder Andrew Benintendi said. “It couldn’t happen to a better person. The most humble guy you meet. You never know if he’s 4-for-4 or 0-for-4. He came up big this series with nine RBIs or whatever it was. He was even keeled all year, and it couldn’t have happened to a finer person.”

Bradley and the Red Sox will be back at it on Tuesday night, when they host Game 1 of the World Series.

“This is what we set out to do when we come to Spring Training,” Bradley said. “And we battled — we’ve been battle tested, played against a lot of great ball teams. This is definitely a special moment.”