46% of Those Polled Plan to Leave the Bay Area 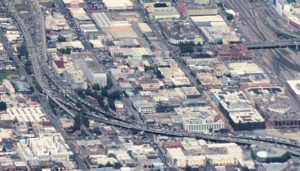 06/04/2018 – SAN MATEO – As reported by numerous media this week, the Bay Area Council(BAC) released a recent poll of 1000 registered voters in a nine county area who indicated their preferences for leaving the Bay Area. The overall direction of the Bay Area, housing prices, and traffic are among the top reasons for the pessimism, according to the BAC. Below are some excepts from their press release:

“Growing pessimism among voters about the overall direction the Bay Area is heading has more and more people thinking about heading for the doors. Bay Area Council Poll results released today (June 3) found that 46 percent of voters are ready to leave in the next few years, up from 40 percent last year and 34 percent in 2016.

And once again, millennials are leading the charge for the doors with 52 percent saying they will be seeking greener pastures in the next few years, up from 46 percent in 2017. Renters, people without college degrees and those spending 50 percent and more of their income on housing also want out.

Where people are headed drew a range of destinations. Of 461 voters who said they plan to leave, the poll found 24 percent plan to move elsewhere in California while 61 percent said they would look outside the Golden State. Texas was a popular destination, according to the poll, with 10 percent saying they would mosey on down to the Long Horn State.

Oregon, Nevada and Arizona also can expect to see a bump in former Bay Area residents in the next few years, the poll found. Another 6 percent said they would go just about anywhere that was more affordable and has lower taxes.

“These results are tough to report, but we can’t let this growing pessimism become a self-fulfilling prophecy,” said Jim Wunderman, President and CEO of the Bay Area Council. “There’s still time to get a handle on our housing and transportation problems, but it will require strong leadership and partnership across the region to do it combined with bold thinking and decisive action. We can’t wait until our economy tanks to fix these problems and letting our economy tank is not a solution.”

The Bay Area’s stratospheric housing costs, overall high cost of living and bumper-to-bumper traffic are the main culprits behind the region’s worsening grumpiness. The housing crisis topped the list of most nettlesome issues for the fourth straight year, according to the Bay Area Council Poll, with 42 percent mentioning it in an open-ended question as the region’s leading problem. Traffic was the second most-mentioned problem. Homelessness followed closely behind. Fewer mentioned concerns over development, over population and gentrification.