SPOTSYLVANIA, Virginia – The last time U.S. congressional elections were held in this central Virginia district, Meg Sneed voted for the Republican incumbent, Representative Dave Brat. Her friend, Cheryll Lesser, did not vote at all.

Last week, the two women sat in the second row at a campaign event in a martial arts studio listening to the Democrat running against Brat, Abigail Spanberger. They nodded in agreement with much of what she had to say.

But the real reason they were there was basic: Donald Trump. They don’t like the president, and they were not about to vote for anyone, like Brat, who supports him.

More than the policy, its the animosity he is fostering within the country, Sneed said of Trump.

Voters such as Sneed and Lesser are a significant reason why Democrats now believe that in the Nov. 6 congressional midterm elections, the party can win more than the 23 seats they need to seize control of the U.S. House of Representatives. Some predict Democrats could take as many as 40 seats by flipping districts like Brat’s in Virginia.

Earlier this year, Brat’s seat was considered safe. But if a so-called blue wave materializes, it would roll through a district like his, which includes pockets of suburban voters who increasingly have been turning away from Republicans.

If Democrats do take the House, much of Trump’s agenda would be stalled, and his administration would fall under greater scrutiny.

Republicans are favored to retain the Senate. While Democrats need a net total of just two seats there to control that chamber, they must also defend seats in a several conservative states.

Democrats have poured resources not only into Brats district, but others that have come onto their battleground list, in places such as Pennsylvania, North Carolina, Southern California and other parts of Virginia such as the district currently represented by Republican Scott Taylor.

They have been backed in the effort in Virginia by deep-pocketed advocacy groups such as House Majority PAC, which started running anti-Brat television ads last month, and NextGen, funded by California billionaire Tom Steyer, which decided this summer to launch efforts to turn out young voters in the district.

In response, the Congressional Leadership Fund, a Republican political action committee, is running ads attacking Spanberger, a sign that the party is genuinely worried about losing the seat.

Brat is a high-value Democratic target for several reasons.

In 2014, he shocked the political order by beating then-House Majority Leader Eric Cantor in a Republican primary. Since taking office, he has aligned himself with the ultra-conservative Freedom Caucus, which has become a reliable ally of the Trump White House.

Last year, as protesters crashed his events in the midst of a House push to repeal former President Barack Obama’s healthcare program, Brat remarked that women are in my grille no matter where I go.

Those words have followed him ever since.

In September, Brat held his first town hall in a year and did so with supportive audience of older veterans.

Sarah Montgomery, a librarian for the U.S. Department of Defense who attended Spanbergers event in Spotsylvania, said that after Brats district was redrawn in 2016 to include her home, she researched him, and the video of his grille remark was the first thing she found.

He obviously has no respect for women, she said.

The firestorm over Supreme Court nominee Brett Kavanaugh, who was accused of sexual assault while in high school, came at a perilous moment for Brat, given his already difficult reputation with some women voters.

Trump has played a part. Both Sneed and Lesser were angry that he chose to attack Kavanaughs accuser, Christine Blasey Ford, at a rally last week.

It was disgusting, Lesser said.

Kavanaugh was confirmed by the U.S. Senate on Saturday. Democratic activists hope discontent with his nomination will linger through November.

Republicans, however, see the Kavanaugh fracas as galvanizing conservatives who have been looking for a reason to come out and vote in November’s elections.

It has mobilized and energized Republican voters in a way that only a Supreme Court nomination can, said Matt Gorman, communications director for the National Republican Congressional Committee, the arm of the party that supports House candidates like Brat.

Brat has been a solid supporter of Kavanaugh, even though the House served no role in his nomination, and reasserted that support last week in a Facebook post.

His campaign rejected the notion that he is not supportive of women, pointing to his efforts to combat human trafficking and the opioid epidemic and the passage of tax reform last year.

A 39-year-old former officer for the Central Intelligence Agency, Spanberger looks like she could be the face of the Resistance, the woman-driven protest movement against Trump.

But she has been careful to not alienate the independent and moderate voters she needs to win the district. At the Spotsylvania event, she didnt mention Trump, Brat or Kavanaugh, focusing on domestic-policy issues such as healthcare and education.

Asked for her position on Kavanaughs nomination, her campaign declined to comment.

Instead, Spanberger touched on the thing that attracted voters such as Meg Sneed to her: turning down the volume in the civic discourse.

Weve reached a place where we need to restore a level of civility to our conversations, she told the crowd.

Tom Davis, a former Republican congressman from Virginia, said it remains Brats race to win, and that Kavanaugh may be the issue that pulls him over the finish line.

Its still a southern district, Davis said. Theres nothing like a good fight to keep your base in line. 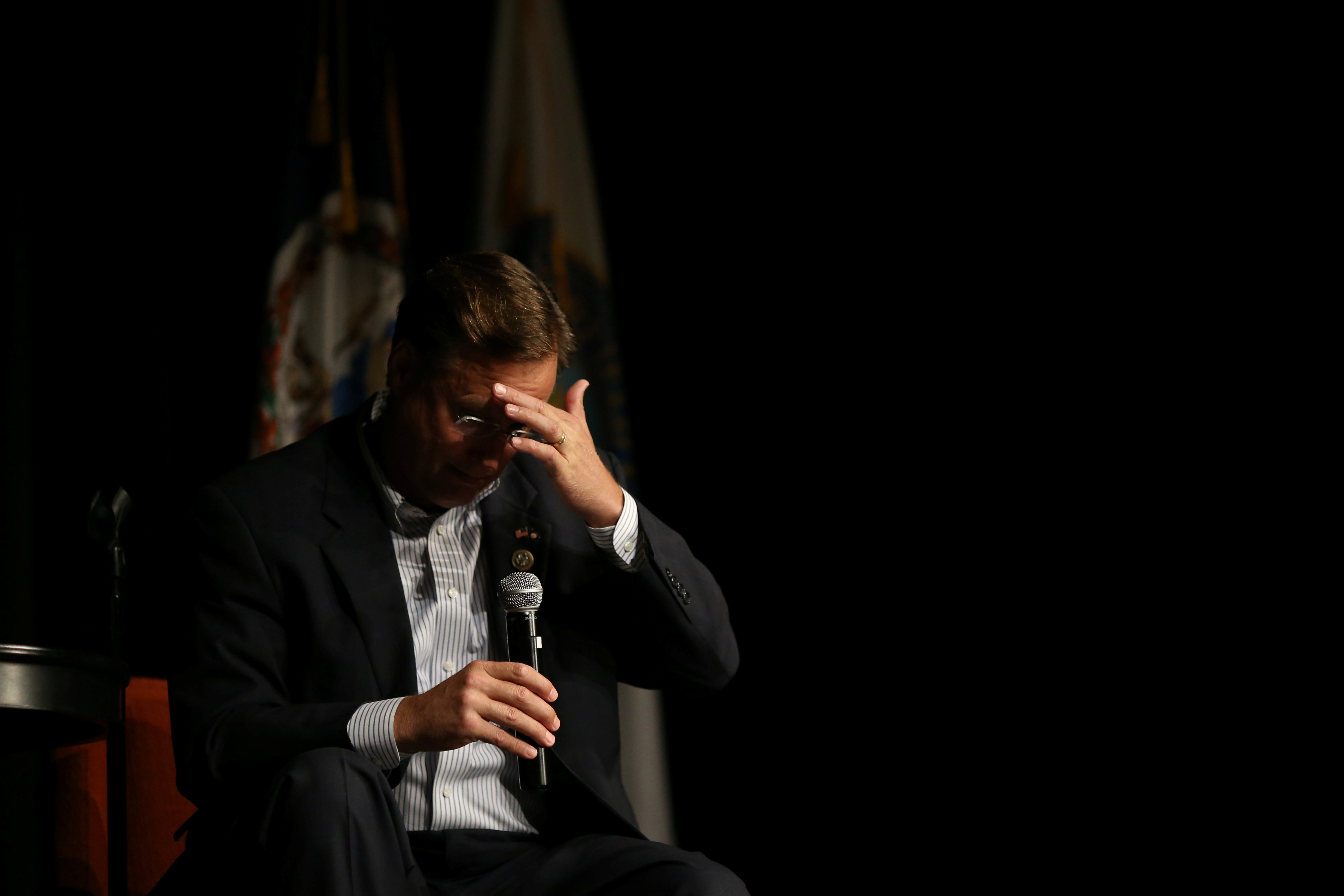 Qualcomm adds two new members to its board