Liliana Barrios was working in a California bakery in July and facing possible deportation when she got a call from her immigration attorney with some good news.

The notice to appear in court that Barrios had received in her deportation case hadnt specified a time or date for her first hearing, noting that they would be determined later. Her lawyer was calling to say that the U.S. Supreme Court had just issued a ruling that might open the door for her case, along with thousands of others, to be dismissed.

The Supreme Court case involved Wescley Fonseca Pereira, a Brazilian immigrant who overstayed his visa and was put into deportation proceedings in 2006. The initial paperwork he was sent did not state a date and time of appearance, however, and Pereira said he did not receive a subsequent notice telling him where and when to appear. When he failed to show up in court, he was ordered deported.

The Supreme Court ruled that paperwork failing to designate a time and place didnt constitute a legal notice to appear in court.

The ruling sparked a frenzy of immigration court filings. Over ten weeks this summer, a record 9,000 deportation cases, including Barrios, were terminated as immigration attorneys raced to court with challenges to the paperwork their clients had received, a Reuters analysis of data from the Executive Office for Immigration Review shows. The number represents a 160 percent increase from the same time period a year earlier and the highest number of terminations per month ever.

For a graph of the trend, click here: https://tmsnrt.rs/2QCbeJZ

Then, just as suddenly as they began, the wave of case terminations stopped. On August 31, in a different case, the Board of Immigration Appeals (BIA) ruled that charging documents issued without a date and time were valid so long as the immigrant received a subsequent hearing notice filling in the details, as is the usual procedure.

A Department of Justice official said that as a result of the BIA decision, the issues have been solved.

The Department of Homeland Security (DHS) did not respond to requests for comment, but the agency laid out its thoughts on the terminations in court documents opposing the motions to terminate. In a San Diego case, DHS wrote that the motions were based on a misreading of the Supreme Court decision. If read in a manner most favorable to the respondent, the practical impact would be to terminate virtually all immigration proceedings. The Supreme Court decision nowhere purports to invalidate the underlying removal proceedings, DHS wrote.

The dueling interpretations will now be weighed by a federal appeals court, which could uphold or overturn the BIA decision in coming months. The case could ultimately end up before the Supreme Court.

Having a removal case terminated, as Liliana Barrios and many others did over the summer, does not confer legal status, but it does remove the threat of imminent deportation and provide an immigrant time to pursue legal ways of staying in the country, such as asylum or by accruing enough time in the country to be eligible to stay through a process known as cancellation of removal.

The Supreme Court ruling provided a brief glimmer of hope, said immigration lawyer Aaron Chenault, like when you are almost drowning and you get one gasp.

The Department of Homeland Security can appeal the case dismissals or it can restart deportation proceedings by issuing a new notice to appear. By the end of August, the most recent date for which records are available, government attorneys had appealed only 2,100 of the cases terminated in the wake of the decision, according to a Reuters analysis.

Roxie Rawls-de Santiago, an immigration attorney in New Mexico, said that for some of her clients, even a few months of not being in active deportation proceedings could make a difference. One woman whose case was terminated, for example, has a U.S. citizen daughter who turns 21 next year, the age at which she can sponsor her mother for permanent residency, and the woman is now hopeful she can stave off deportation proceedings until then.

CHAOS IN THE COURTS

At the Department of Justice, which administers the immigration courts, chaos reigned in the weeks following the June decision. Immigration judges and officials struggled to agree on an interpretation of the Supreme Court ruling, according to internal emails obtained through a Freedom of Information Act request by immigration attorney Matthew Hoppock and shared with Reuters.

The issue has VERY large implications, in that DHS has put the actual time and date on VERY, VERY few NTAs, if any. Any guidance would be helpful, wrote Memphis immigration judge Richard Averwater in an email to an assistant chief immigration judge days after the ruling. Averwater declined to discuss the email further.

In San Francisco alone, immigration judges terminated 2,000 cases between June 21 and August 31, sometimes more than 100 a day, according to a Reuters analysis. In San Antonio, more than 1,200 cases were terminated.

The court was getting dozens and dozens and dozens of those a day, said Ashley Tabaddor, president of the immigration judges union. The large number of terminations that happened were directly a result of Pereira.

The door to mass dismissals for such cases could be reopened or remain closed depending on how the 9th U.S. Circuit Court of Appeals rules on the Board of Immigration Appeals decision that stopped them.

For Barrios, 20, who was caught crossing the Southern border illegally with her toddler two years ago, her dismissal has meant more time to file for a special visa for immigrants under the age of 21 who have been abandoned or neglected. Barrios said she was abandoned by her mother.

Having her case terminated lifted the pressure a bit, said Barrios, who makes cream for cookies at a wholesale bakery in California during the day and studies English at night. The Department of Homeland Security has appealed her case termination. 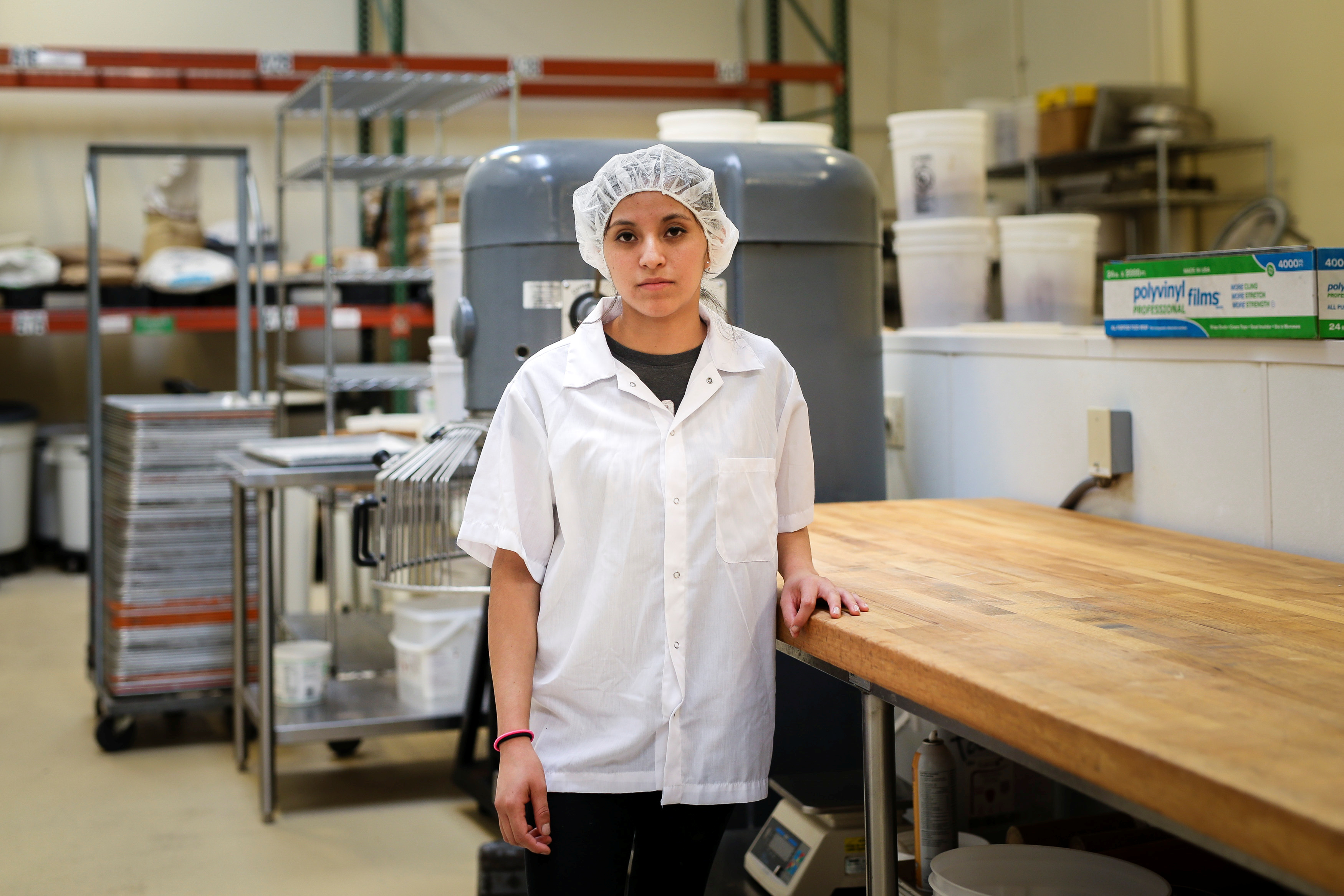 U.S. crude slumps below $70 a barrel after large stock build