ANKARA – U.S. Secretary of State Mike Pompeo met Turkey’s President and Foreign Minister on Wednesday to discuss the disappearance of a Saudi journalist as pressure mounted on the kingdom to provide answers following Turkish allegations he was killed.

U.S. President Donald Trump gave Saudi Arabia the benefit of the doubt on Tuesday even as U.S. lawmakers pointed the finger at the Saudi leadership and Pompeo, sent by Trump to address the crisis, discussed the affair with Saudi King Salman and his Crown Prince on a visit to Riyadh.

Turkish Foreign Minister Mevlut Cavusoglu has said Pompeo would provide information about the case after Khashoggi, a U.S. resident, vanished during a visit to the consulate on Oct. 2 to collect marriage documents.

Cavusoglu provided no details following Pompeo’s two 40-minute meetings at the airport with Cavusoglu and President Tayyip Erdogan, describing them only as “beneficial and fruitful”. Cavusolgu did say that Turkey hoped to enter the Saudi consul’s residence on Wednesday.

Pompeo did not address reporters.

Turkish officials have said they believe Khashoggi – a prominent critic of Saudi Crown Prince Mohammed bin Salman – was murdered and his body removed. Turkish sources have told Reuters the authorities have an audio recording indicating Khashoggi was killed inside the consulate.

The Saudis have strongly denied those allegations, but U.S. media outlets have reported they will acknowledge he was killed in a botched interrogation. Trump has speculated without providing evidence that “rogue killers” could be responsible.

Turkish police had been expected to search the Saudi consul’s Istanbul residence on Tuesday. They did not do so, officers at the scene said late on Tuesday, because Saudi officials were not able to join. Hours earlier, the consul general left Turkey for Riyadh.

“Yesterday evening, unfortunately, police could not search the Saudi consul’s residence. The Saudis claimed that the consul’s family was inside,” he told reporters.

“We hope the police will enter the residence today. We have said before that Saudi Arabia must cooperate with us in every aspect without delay.”

How the crown prince emerges from the crisis is a test of how the West will deal with Saudi Arabia in the future. At issue will be to what extent the West believes responsibility for Khashoggi lies with the powerful young ruler.

A pro-government Turkish daily published preliminary evidence last week from investigators who it said had identified a 15-member Saudi intelligence team that arrived in Istanbul on diplomatic passports hours before Khashoggi disappeared.

One name matches a LinkedIn profile for a forensic expert who has worked at the interior ministry for 20 years. Another is identified in a diplomatic directory from 2007 as a first secretary at the Saudi Embassy in London. Others resemble officers in the Saudi Army and Air Force.

After his meetings with the King and Crown Prince on Tuesday, Pompeo said Saudi Arabia has committed to conducting a full investigation.

“They indicated they understood that getting that done in a timely, rapid fashion so they could begin to answer important questions,” he told reporters traveling with him.

Asked whether they said Khashoggi was alive or dead, Pompeo said: “They didn’t talk about any of the facts.”

Earlier, Trump tweeted that Prince Mohammed had denied knowing what happened in the Saudi consulate.

“I think we have to find out what happened first,” Trump told the Associated Press in an interview on Tuesday. “Here we go again with, you know, you’re guilty until proven innocent. I don’t like that.”

Prince Mohammed, who has enjoyed a close relationship with the Trump administration, has painted himself as the face of a new, vibrant Saudi Arabia, diversifying its economy away from reliance on oil and making some social changes.

But there has been mounting criticism of some of the prince’s moves, including Riyadh’s involvement in the Yemen war, the arrest of women activists, and a diplomatic row with Canada.

Members of the U.S. Congress, including some of Trump’s fellow Republicans, are among the loudest voices in the United States demanding answers and action on Khashoggi, a Washington Post columnist who moved to Washington last year fearing retribution for his critical views.

Senator Lindsey Graham, a Republican close to Trump, has called Prince Mohammed “a wrecking ball” and accused him of ordering Khashoggi’s murder.

Despite concerns about Saudi human rights, Trump still says he is unwilling to pull out of arms sales accords with Riyadh.

U.S. Treasury Secretary Steven Mnuchin plans to attend an investment conference in Riyadh next week known as “Davos in the desert”, even as IMF Managing Director Christine Lagarde and Societe Generale <SOGN.PA> CEO Frederic Oudea joined a growing list of executives who have pulled out.

The event is unrelated to the World Economic Forum’s annual meeting in Switzerland.

Saudi Arabia, the world’s top oil exporter and a partner in U.S. efforts to combat Iranian influence in the region, has said it would retaliate against any pressure or economic sanctions. 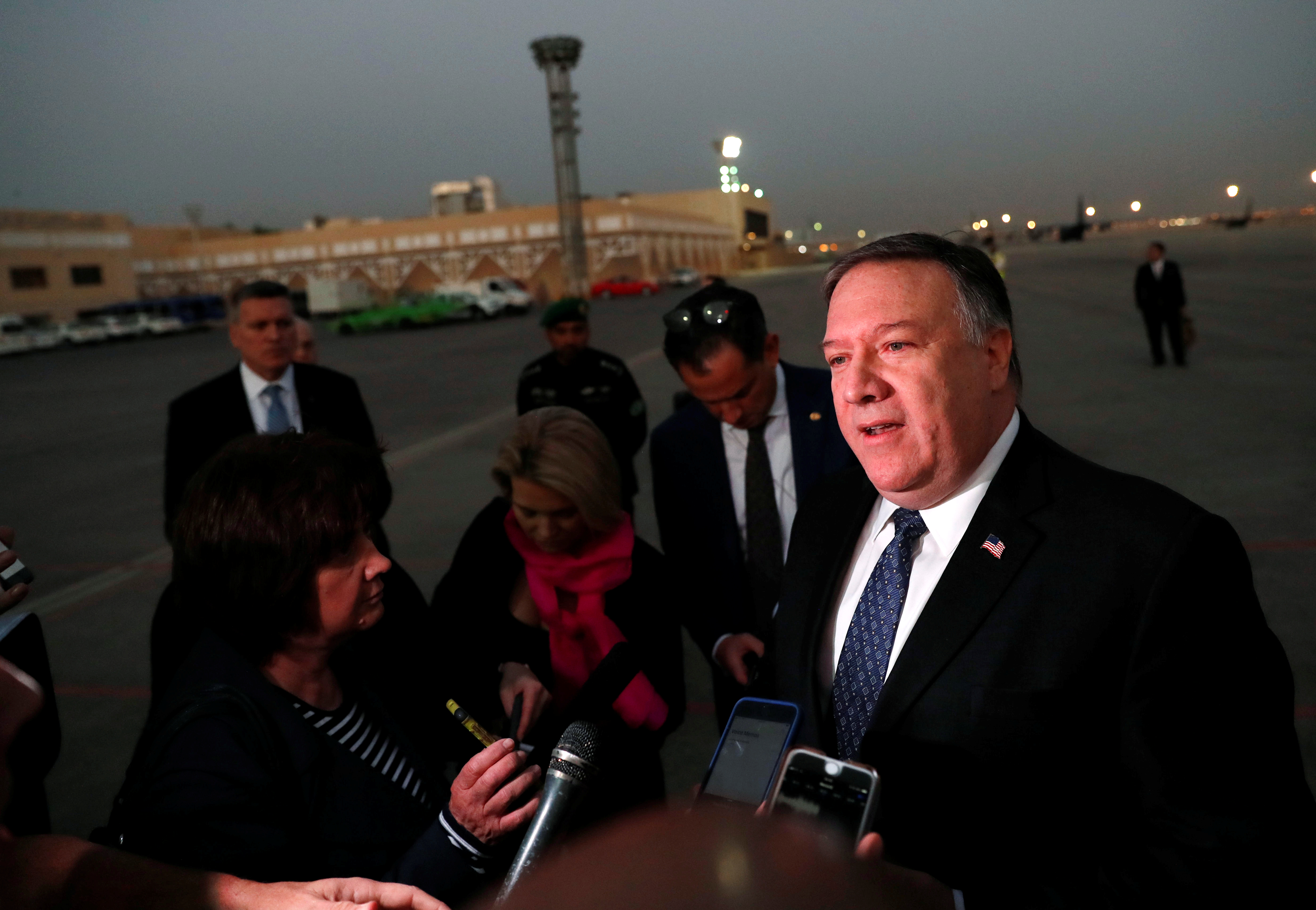