WASHINGTON – U.S. Secretary of State Mike Pompeo on Wednesday said he expects a decision soon regarding U.S. sanctions imposed on Turkey, noting that some of them were directly connected to Ankara’s detention of an American pastor who was released last week.

“We’ll have a decision on that shortly,” Pompeo told reporters on the plane after his visit to Ankara, according to audio that aired on CNN.

“There’s a logic to now moving those as well, but no final decision has been made and I need to talk to the president about that,” he added.

Pompeo spoke to reporters after meeting with Turkey’s president and foreign minister earlier on Wednesday, days after U.S. pastor Andrew Brunson was released.

While Pompeo welcomed Brunson’s release in meetings with Turkish President Tayyip Erdogan and Turkish Foreign Minister Mevlut Cavusoglu, according to the U.S. State Department, he also raised concerns about others being held in Turkey, including a Turkish-U.S. scientist who had worked for the National Aeronautics and Space Administration. 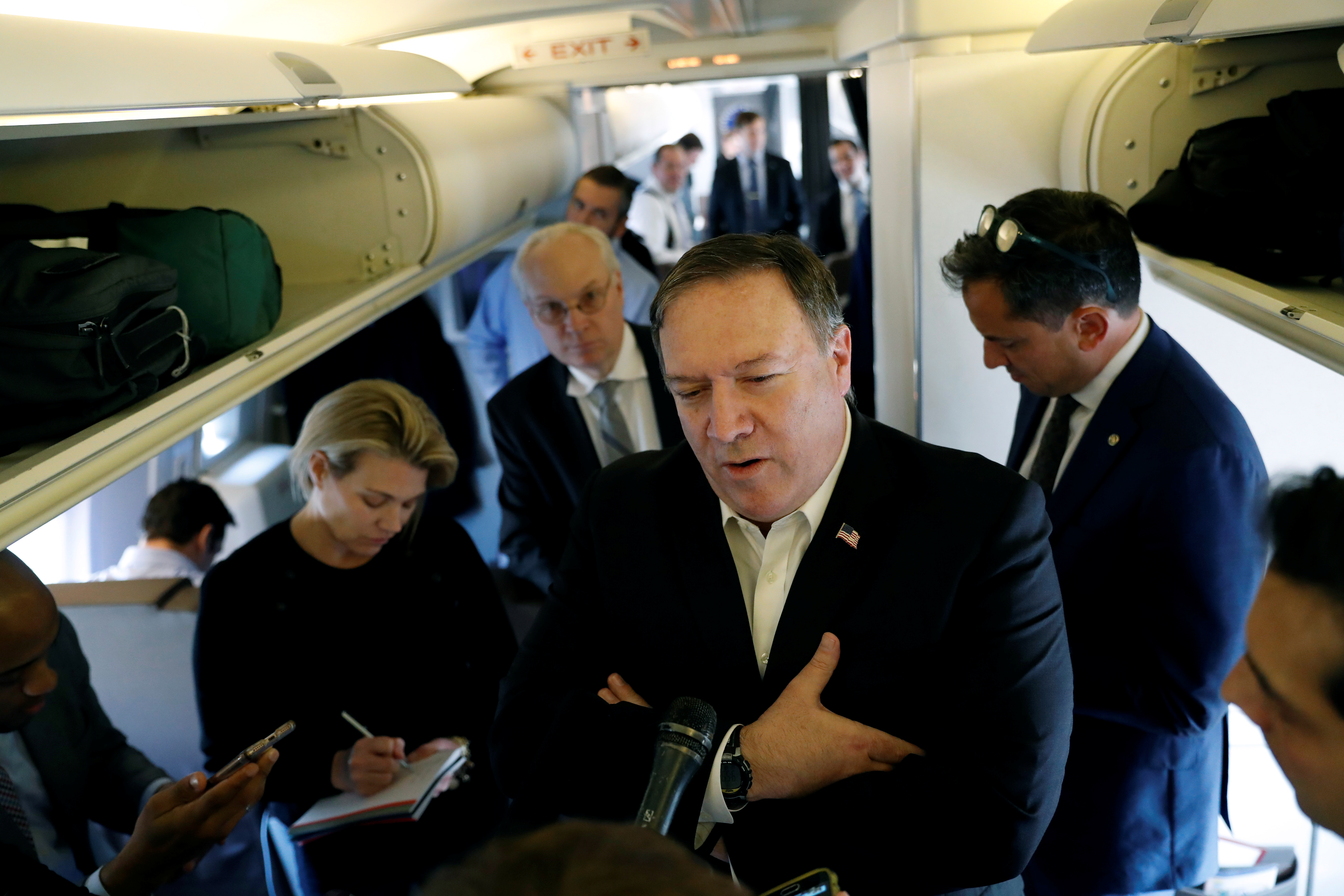