AUSTIN, Texas – A man convicted of a hate crime in setting fire to a mosque in Texas was sentenced to almost 25 years in prison on Wednesday, U.S. authorities said, adding he acted with hatred and malice.

Marq Perez, 26, set fire to the Victoria Islamic Center, about 125 miles (200 km) southwest of Houston in 2017. The crime was seen by Islamic rights groups as part of a growing wave of bigotry toward Muslims in the United States.

He was convicted in July for a hate crime in the burning of the Victoria Islamic Center on Jan. 28, 2017. He was also convicted of the use of fire to commit a federal felony and possessing an unregistered destructive device for a separate but related incident, the U.S. Department of Justice said.

At sentencing, Senior U.S. District Judge John Rainey said hate crimes were “a cancer to our society” and “this conduct would not be tolerated in our society,” the U.S. Attorney’s Office for the Southern District of Texas said. He was sentenced to 24-1/2 years in prison.

During a week long trial in a federal court in Texas, prosecutors called the crime “a simple, straightforward case of hate,” the U.S. attorney’s office said.

Lawyers for Perez said he did not set the fire and was with his newly born son when the building caught fire, the San Antonio Express-News reported from the court room.

“This defendant terrorized the Muslim community in Victoria,” Acting Assistant Attorney General John Gore said in a statement, adding, “everyone in this country has the right to worship freely without fear of violence.”

The mosque was rebuilt after a flood of donations came in to restore the facility.

When Perez learned the Victoria Muslim community had raised money to rebuild the mosque, he told a witness he would burn the mosque down again if it was rebuilt, the Department of Justice said.

Prosecutors said Perez broke into the mosque a week before the fire to survey the place. In his arson attack, Perez placed papers inside the mosque and set them on fire with a lighter, a witness said, according to prosecutors.

Perez was initially arrested and charged in March 2017 in connection with an attempt to blow up a car, the Justice Department said. Evidence linking him to the mosque fire was later presented at a detention hearing. 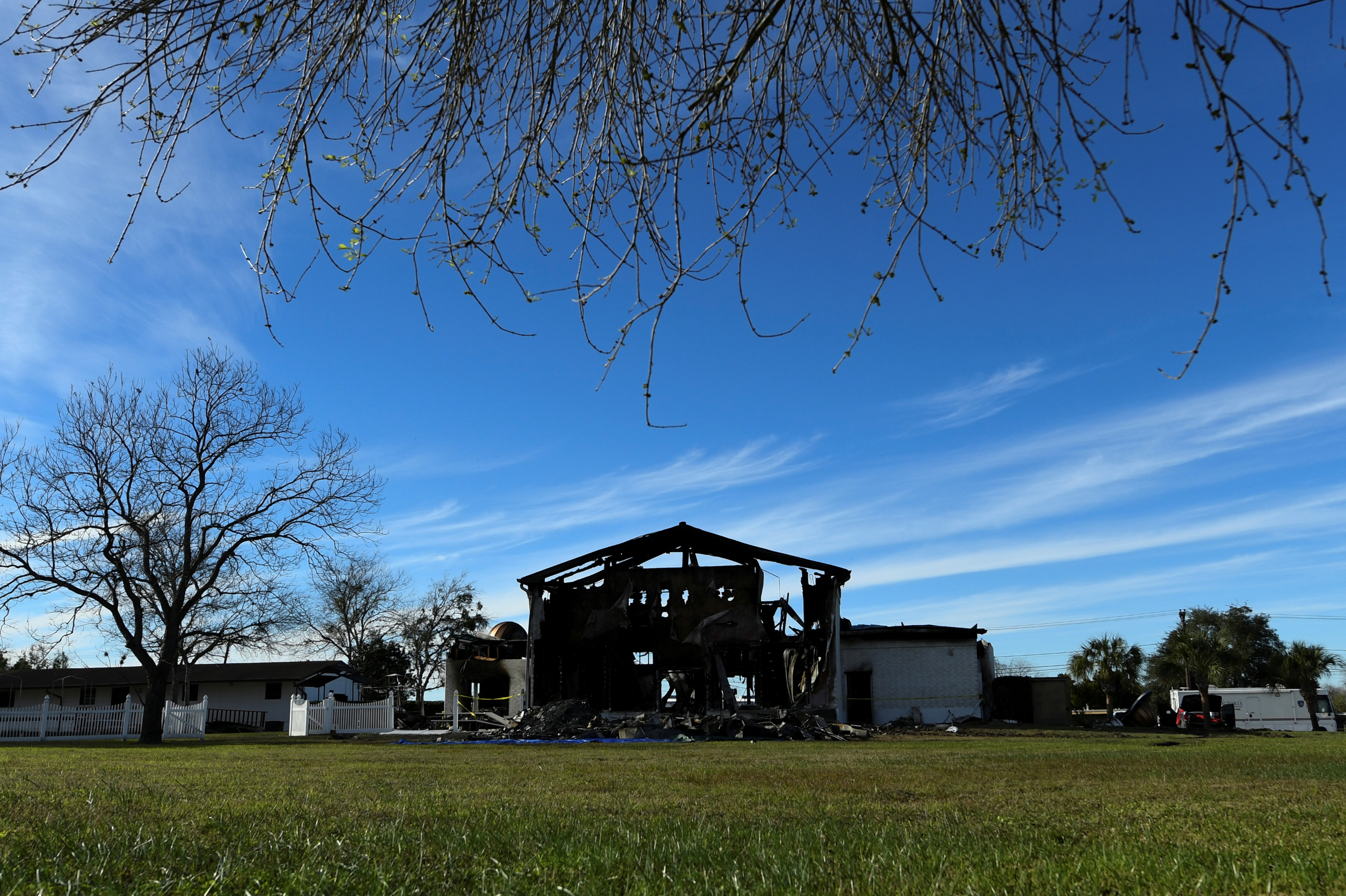