At least 30 people were killed, according to local authorities, when Michael plowed ashore as one of the fiercest hurricanes on record to strike the U.S. mainland, pulverizing a cluster of seaside towns along Florida’s northwestern Panhandle region.

Distribution of food and water to storm-stricken residents farther inland has been slowed by communication outages and storm-shattered roads blocked by toppled trees, power lines and other debris.

Florida officials have not said how many people may be missing.

Teams of volunteers with the Houston-based CrowdSource Rescue organization were trying to reach more than 700 Florida residents reported unaccounted for by worried relatives and friends, said Matthew Marchetti, the organization’s co-founder.

Most of that number, down from 2,100 people the group was trying to locate in the immediate aftermath of the storm, are from Panama City and many of them are elderly, disabled, impoverished or living alone, Marchetti said.

He said the search had been hampered by spotty cell phone service in the devastated area, though authorities were making progress in restoring communications.

High volumes of missing persons reports are not uncommon in the days following a natural disaster because so many survivors fail to check in with loved ones right away or lack the means to do so because of phone and power outages, authorities said.

Nevertheless, at least 48,000 Florida residents in the 12 counties hardest hit by Hurricane Michael had registered for disaster assistance as of Wednesday with the Federal Emergency Management Agency, FEMA spokesman Ruben Brown told Reuters.

That number represents about 7 percent of the population of the 12 counties designated by President Donald Trump’s federal disaster declaration as eligible for FEMA aid to individuals and households.

Nearly a third, or more than 15,000 people, reported storm damage to their homes when they signed up with FEMA, though the full scope of property losses remained to be seen, Brown said. As of Wednesday, 286 families left homeless by the storm in Bay County, at the epicenter of the disaster, were approved for FEMA-furnished hotel vouchers, he said.

Florida accounted for 20 of the known fatalities attributed to Hurricane Michael, with six more in Virginia, three in North Carolina and one in Georgia, according to a Reuters tally of reports from county officials along the path of the storm.

Officials said medical examiners were determining whether another four deaths in Florida were storm-related.

Nearly 155,000 homes and businesses remained without power in the U.S. Southeast, with residents of battered coastal towns forced to cook on fires and barbecue grills.

At least 70 percent of customers in four mainly rural Florida Panhandle counties were without electricity on Wednesday. On Tuesday, the federal government said that 61.5 percent of cell sites remained out of service in Bay County. Officials said it could be weeks before power returns to some.

Countless numbers of people in the region’s backcountry have struggled for days without running water or sanitation, awaiting help from authorities. Some have been camping in tents with the belongings they were able to salvage. 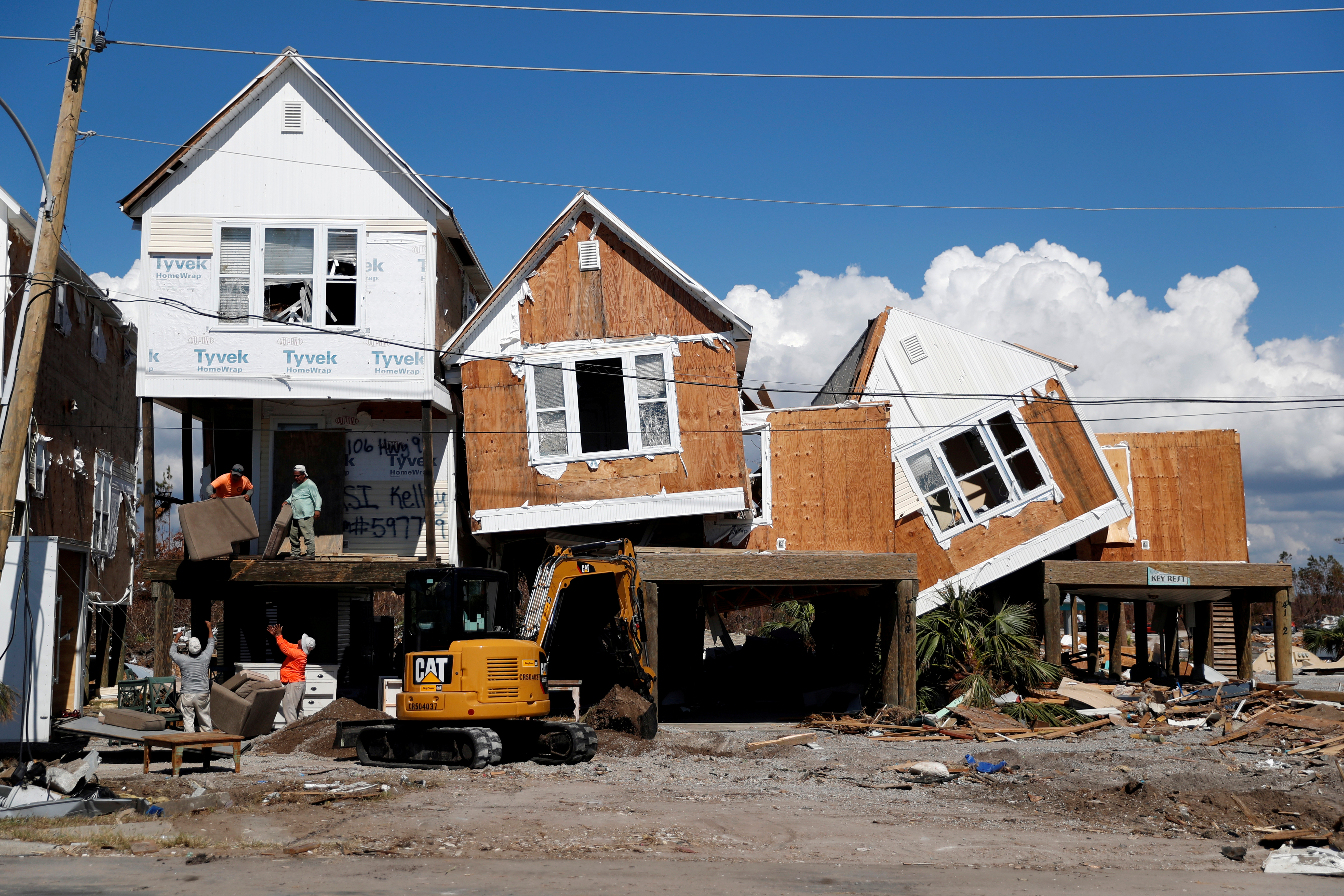