TOKYO – Many Japanese companies have avoided a direct hit from escalating trade frictions so far, but they increasingly worry their business will be impacted, central bank officials said on Thursday.

The comments are a sign the rising tide of protectionism and warnings about global growth slowing are casting a shadow over Japan’s otherwise healthy economic recovery.

In a report scrutinizing regional economies issued on Thursday, the Bank of Japan cut its assessment for two regions hit by natural disasters – the most in more than two years.

Companies were worried that higher U.S. tariffs imposed on China could trigger an inflow of cheap Chinese goods to Japan, disrupt supply chains or hurt their profits, the quarterly report said.

“Some companies said they saw changes in Chinese demand,” a BOJ official told reporters. “Rather than the current impact, many firms voiced worries about the effect the trade tensions could have on their future businesses,” he said.

Data released on Thursday showed Japan’s exports fell in September for the first time since 2016 as shipments to the United States and China declined, adding to concerns about the broadening impact of the Sino-U.S. trade row.

A global robot group warned on Thursday that sales of industrial robots in China, the world’s biggest market, will rise this year at only about one-third of last year’s pace.

Yasuhiro Yamada, head of the BOJ’s branch in Osaka, western Japan, said many executives were feeling “a sense of uncertainty” on how trade friction could affect businesses.

Both officials said they have not heard of any firms being directly hit by higher U.S. and Chinese tariffs, or planning to relocate factories.

The BOJ’s regional report and Thursday’s trade data would be scrutinised at the bank’s rate review on Oct. 30-31, when it issues new quarterly growth and inflation forecasts.

At Thursday’s meeting, BOJ Governor Haruhiko Kuroda offered a slightly more upbeat view on inflation than three months ago and maintained his view the world’s third-largest economy will sustain a recovery.

The BOJ cut its economic assessment on the quake-hit northernmost prefecture of Hokkaido and the Chugoku western region, which saw output disrupted by heavy rain in July.

While the downgrades were due mostly to damage from natural disasters, the BOJ’s report said some firms fretted about the uncertain outlook stemming from trade frictions.

“Higher U.S. tariffs for auto parts we export from China are hurting our group’s margins,” a company in Hiroshima, western Japan, was quoted as saying in the BOJ report.

“We’re not seeing declines in orders from China yet, but we’re worried about future potential falls,” an electric machinery maker in Osaka was quoted as saying. 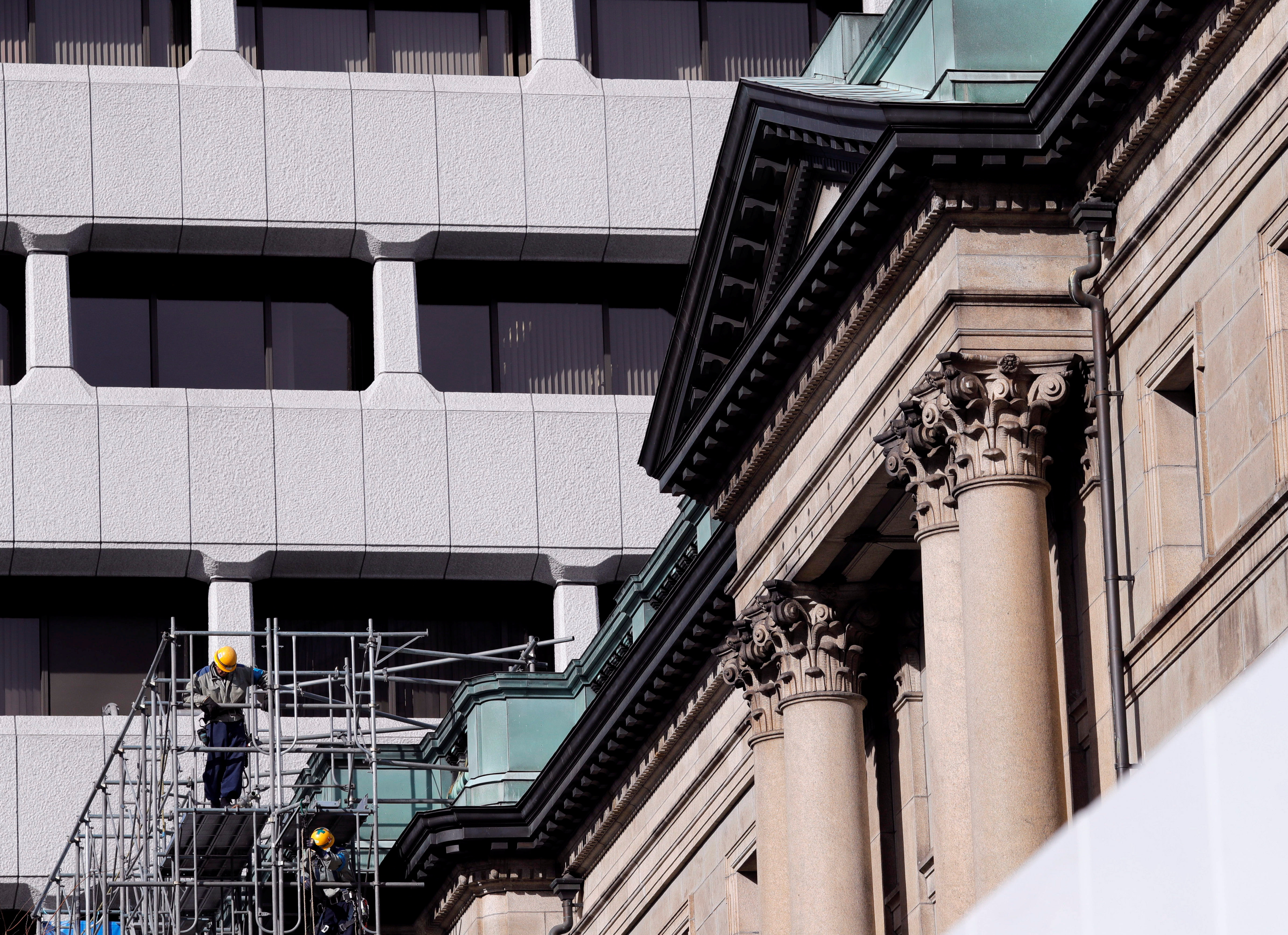