WASHINGTON – The U.S. Congress could request President Donald Trump’s tax returns under a seldom-used 1924 law, which Democrats say they plan to invoke promptly if they win control of the House of Representatives or the Senate in the Nov. 6 elections.

In a move that would set up a battle over one of Trump’s most closely guarded secrets, the newly installed Democratic chairs of any of three congressional tax committees could ask Treasury Secretary Steven Mnuchin to hand over the returns.

The law says the Treasury secretary must comply, but it does not say how quickly that must happen, leaving open the possibility of delays that could force Democrats to seek a court order.

“It needs to be done immediately,” said Representative Bill Pascrell, a Democrat who sits on the tax-writing House Ways and Means Committee, which could become the focal point for any effort to obtain Trump’s returns. Shortly after Trump was inaugurated in 2017, Pascrell had asked the chairman of the Ways and Means Committee, Republican Kevin Brady, to obtain Trump’s tax returns to be reviewed in a closed session, a request that Brady rejected.

George Yin, a University of Virginia law and taxation professor and former chief of staff for the Joint Committee on Taxation, said the three committees – one in the House, one in the Senate, and one joint committee – do have the power to obtain Trump’s returns. Individual Americans’ tax returns are normally confidential, but recent presidents have made theirs public.

Trump, however, has refused, even as he maintains his ownership of extensive hotel and other business interests, in the United States and overseas.

“The material can only be examined in confidence,” Yin said. “But the committee has the ability to agree to release it to the full House or the full Senate.” Doing so would effectively make the returns public, he added.

An attorney who has handled Trump tax affairs in the past could not immediately be reached for comment.

Democrats say Trump’s business dealings and any gains he realized from deep tax cuts approved last year by Republicans will be high on their investigative agenda, if they win control of one or both chambers of Congress.

Any such effort could expose Democrats to political blowback heading into the 2020 presidential election if Republicans can persuade voters that Democrats over-reach their authority.

There could be payback on Capitol Hill, as well, with some experts saying a Republican-controlled Senate might retaliate against a Democratic-controlled House by seeking the tax returns of leading Democrats.

Given that Republicans in the House and the Senate have previously rejected Democratic calls to force Trump to release his tax returns, it is not likely they would invoke the law if they retain their majorities in both houses on Nov. 6.

In 1924, Congress awarded itself the power to obtain tax returns. Previously only the president could disclose them. The change came during a bribery scandal involving federal officials and Wyoming oil field leases known as the Teapot Dome scandal.

The law was crafted in part to help Congress investigate wealthy businessman Andrew Mellon, who was Treasury secretary under Republican President Warren Harding. Like Trump, Mellon kept his business interests while in high public office.

The law says the Treasury secretary “shall furnish” tax returns requested by the chairman of any of three congressional tax panels: the House Ways and Means Committee, the Senate Finance Committee and the Joint Committee on Taxation. 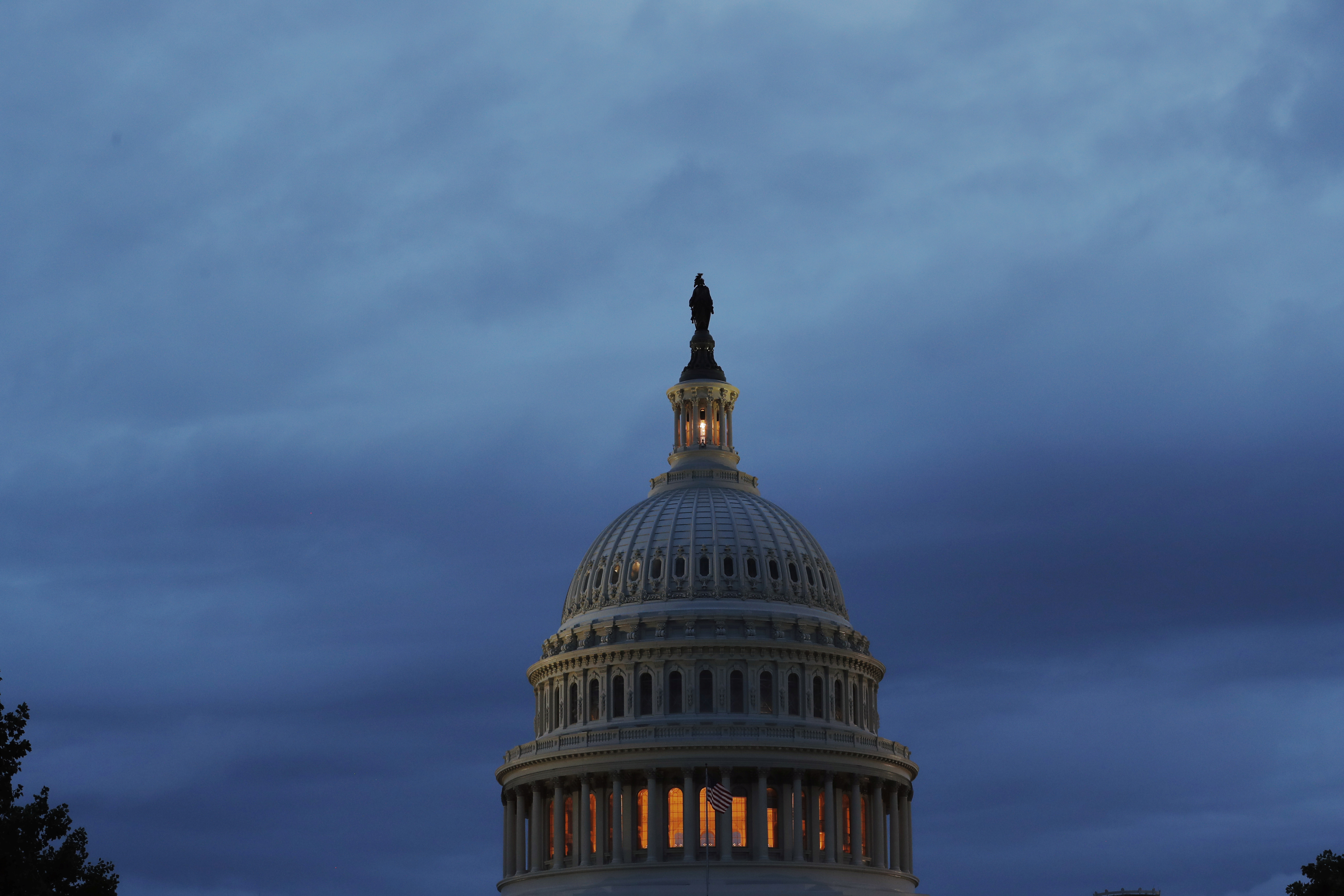